The magnetic forces of the EMG® RetroActive Super 77 pickups will attract the most discerning of metalheads to the KX257B. The special edition 7-string set provides a clear, high output with superb articulation. Tonal control on the KX257B is simple, yet versatile with a one-volume, one-tone, and three-way toggle switch that provides a variety of sounds. The result is a 27-inch baritone scale with tight low end and a singing highs, perfect for riffing or soloing.

The foundation of the KX257B’s intense design is its mahogany body and bolt-on construction for a thick, yet punchy and powerful tone. Mahogany also provides a rich, barking midrange that’s ideal for an aggressive style, but also suitable for other musical genres. The hard maple neck is built for endurance, while the jatoba fingerboard provides the right amount of density and stiffness as well as proper volume projection, emphasizing on the high-mids. A strings-thru-body hardtail bridge improves sustain while enhancing resonance.

An instrument that makes a bold sonic statement should provide a corresponding visual, and the KX257B delivers on that style. The double-cutaway body stands out from its class not only for enhanced playability, but also for its modern appeal. The satiny, matte black finish is complemented by the subtlety of Cort’s new raindrop fingerboard inlay, designed specifically for the KX257B. Die-cast tuners and black-nickel hardware put the finishing touches on this stunningly powerful guitar.

Get a closer look at the KX257B and the other modern metal guitars in Cort’s KX Series at http://kxseries.cortguitars.com/ 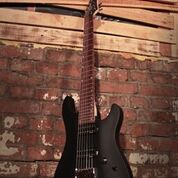 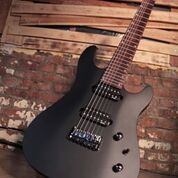 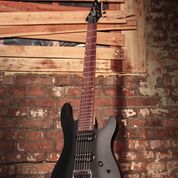 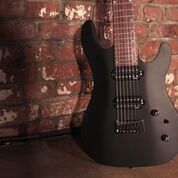 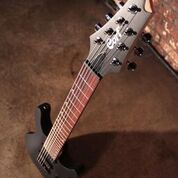 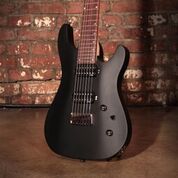