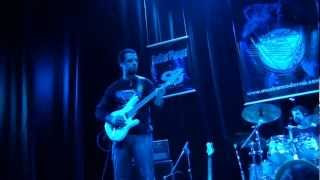 Video recorded during the 2012 Guitar Player Festival Niterói, day 21/08/2012, MFA in Theatre. Música "Drifter Blues" from my CD "Evolution" (2001). I played with Celso Blues Boy between the years 1998 and 1999 it was a very special time in my life, made ​​memorable shows throughout Brazil for thousands of people. I dedicate this video to as "bluesman" that this country has ever had.