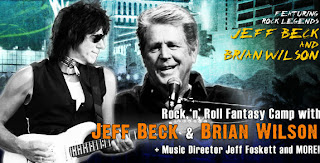 Jeff Beck, who's innovative guitar sounds you've grown up on from the Yardbirdsonward, is ranked as one of the top guitarists in Rolling Stone's, "100 Greatest Guitarists of All Time," where they called him, "one of the most influential lead guitarists in rock." Jeff Beck has received 7 Grammy Awards and has been inducted into the Rock and Roll Hall of Fame twice: as a member of the Yardbirds & as a solo artist. His influence is undeniable. He is one of the true Guitar Gods of our time.

Now pair that with Brian Wilson, co-founder of the Beach Boys. Talk about growing up on music. The creative force behind some of the most cherished songs in rock history, Brian Wilson was barely out of his teens when he created nine consecutive gold albums! Albums which included such hits as "Surfer Girl," “In My Room,” “I Get Around,” “Don’t Worry Baby,” "Fun, Fun, Fun," “Help Me Rhonda, “Surfin' USA”, “Good Vibrations" and "California Girls"...just to name a handful of the more than two dozen Top 40 hits Brian co-wrote, arranged, produced and performed on with his family band, the Beach Boys. 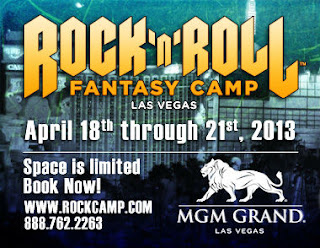 Rock N Roll Fantasy Camp's four-day event is favorably priced at our Early Bird Rate for only $6499 but the experience, however, is priceless. This is a once in a lifetime opportunity to jam out with Brian Wilson, Jeff Beck and so many more is like nothing you've ever seen before, or ever will again. Spots are limited, and filling up fast so act now! Don't miss out! Lock in your registration now!
Jeff Beck