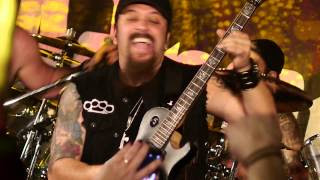 Mike Orlando back with the Adrenaline Mob in New York... includes Dio Tribute Standup and Shout

ADRENALINE MOB released "Covertá", an eight-track EP featuring cover versions of some of the group's favorite songs, on March 12. Longtime fans of Portnoy are aware of the multiple cover CDs he has released with DREAM THEATER and with Neal Morse. "Covertá" is the first CD of covers recorded by ADRENALINE MOB. 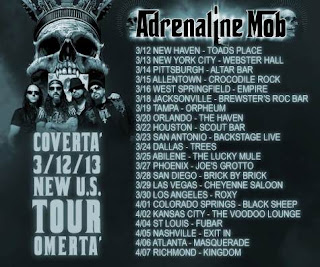