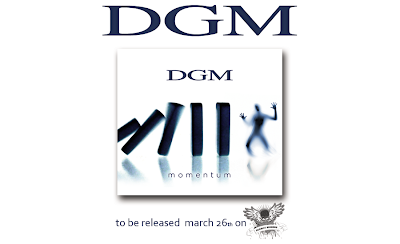 Widely regarded as one of the best European Progressive Metal bands, DGM are about to release their eight studio album, following the critically acclaimed ‘Synthesis’ (2010) and hundreds of shows that brought their music to audiences all around the world, including a successful tour with American progressive giants Symphony X in 2011. ‘Momentum’ represents the full stylistic maturity of a band now on top of its game, collecting 11 new songs made of beautiful melodies, classy arrangements and top notch musicianship. To add an extra value to an already astonishing album, DGM have tapped legendary singer Russell Allen (Symphony X, Adrenaline Mob) to guest on the opening track ‘Reason’, and Norwegian guitar virtuoso Jorn Viggo Lofstad (Pagan’s Mind) to contribute with a solo on the track ‘Chaos’. ‘Momentum’ was recorded, mixed and mastered by the band’s own guitarist and celebrated producer Simone Mularoni at Domination Studios in San Marino, Italy. The beautiful album artwork has been handled by Simone Bertozzi (Mnemic). 'Momentum' will be released March 26th, 2013. Followwww.dgmsite.com for all the updates. 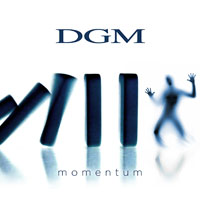