Angus Young, Malcolm Young: Before AC/DC - For Malcolm & Angus there was the Marcus Hook Roll Band 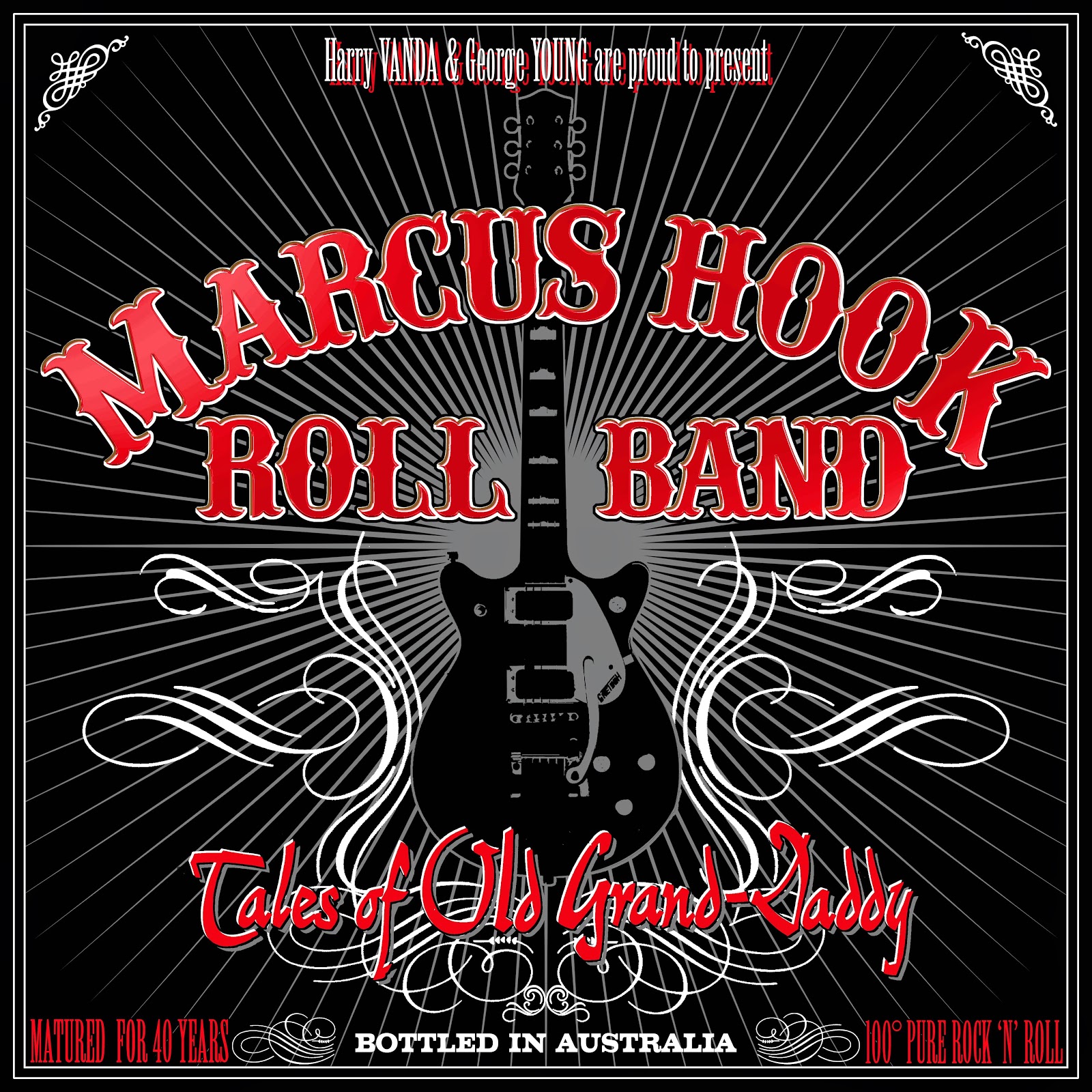 (Los Angeles) - Just before Malcolm and Angus Young took us on a debaucherous decent down that Highway to Hell, they joined with their talented brother, George Young and guitarist Harry Vanda, to form the brief, yet musically significant group, The Marcus Hook Roll Band. Back then, there was no such person as Marcus Hook, nor did the ‘band’ originate from the borough of Marcus Hook in Pennsylvania. George and his fellow musicians only ever existed as a band in studio, releasing three singles and one album in the early ’70s. When any of these tracks turn up on internet auction sites today, collectors bankrupt their PayPal accounts to win them. Now, The Marcus Hook Roll Band is releasing their one and only album, 1973’s Tales of Old Grand-Daddy, on June 3 through Parlophone as CD/vinyl/digital download.

Song premieres began rolling out last week with Rolling Stone giving fans a taste with “Louisiana Lady”, following with today’s on MSN and in Billboard where writer, Gary Graff spoke to original producer Wally Waller for his insight into the recording sessions with the Young Brothers.

MSN - "One of These Days"
http://music.msn.com/marcus-hook-roll-band-premiere/story/feature/?ocid=muhfpS1RL1

The truth is, if the Marcus Hook Roll Band had ever come out of the studio and played live, then the AC/DC phenomenon that electrified the rock ‘n roll landscape for decades, might never have gotten off the ground. Do we have your attention now? The Marcus Hook Roll Band is one obscure, but significant, persona of the legendary partnership of Harry Vanda and George Young. Their better known personas are the ‘60s beat phenomenon The Easybeats, and later the mysterious entity Flash and The Pan. Dutchman Harry Vanda and Scotsman George Young first met as displaced teenagers in an immigration hostel in Sydney, Australia.
Tracklisting
CD & DD:
1. Can't Stand The Heat
2. Goodbye Jane
3. Quick Reaction
4. Silver Shoes & Strawberry Wine
5. Watch Her Do it Now
6. People and the Power
7. Red Revolution
8. Shot in the Head
9. Ape Man
10. Cry For Me
11. One Of These Days (Previously Unreleased)
12. Natural Man (1972 A-Side of Regal Zonophone RZ 3061)
13. Moonshine Blues (1974 B-Side of ‘Can't Stand The Heat’ BASF ‎– 06 19196-0)
14. Louisiana Lady (1973 A-Side of Regal Zonophone RZ 3072)
15. Ride Baby Ride (Previously Unreleased)