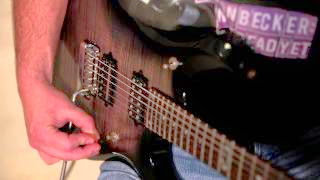 Jason Becker himself saw the video before its release and added a few words:
“Wow, this is absolutely fantastic! I love it and am honored he did it for me. It is so clean and creative. He is great!”

The studio version of the song is included on the debut album of Chris Mike, ""Not just lipstick on a pig"" and it's available on the official webpage of Candyrat Records as well as on itunes and Amazon. According to (label) official press release this album delivers a blend of modern composition along with soulful melodies, groove and highly demanding technical solos. The recordings took 18 months to complete and were composed, produced and mixed by Chris Mike.

Chris Mike - "For Jason" (A tribute to Jason Becker)