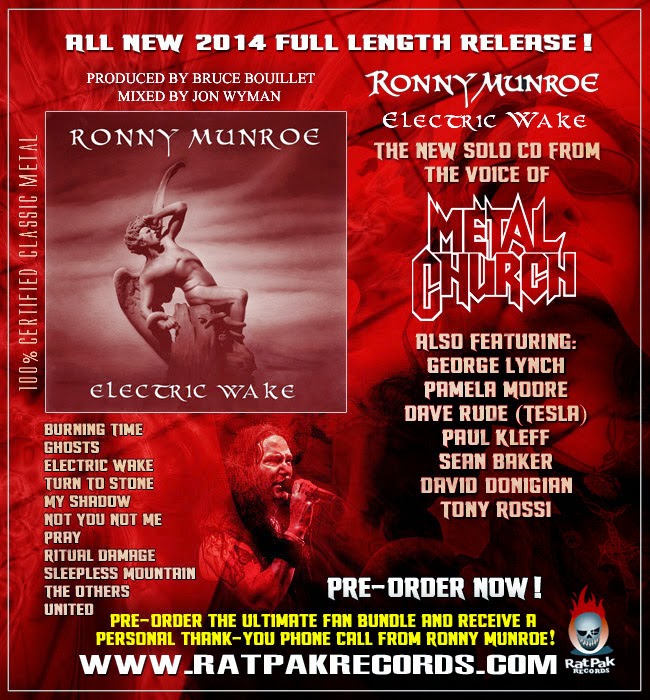 Ronny Munroe's Electric Wake is by far his best work to date! Produced by Bruce Bouillet and mixed by Jon Wyman, this 3rd offering from the Metal Church front man truly captures all the magic of the classic metal genre! "I wanted to create something that was totally new, but at the same time allow all my influences to shine through" states Ronny on the recording of the CD. "I put two years into the writing process of this album, but when it came time to start recording, I threw everything out the window and just went with my gut and it worked out better than I could have imagined" Ronny further states. Electric Wake also features collaborations with guitar legend George Lynch, Tesla guitarist Dave Rude, Pamela Moore (Queensryche's "Sister Mary"), Paul Kleff (ex Firewolfe), Dan Donigian, Sean Baker and Tony Rossi. Ronny Munroe's Electric Wake delivers a healthy dose of fist-pumping, guitar-driven, well-conceived classic style heavy metal music and is a must-have for all fans of the genre! Three videos have been shot for this release, "United", "Pray" and "The Others (Long Live Heavy Metal)" which features a duet with Pamela Moore, and Tesla's Dave Rude on guitar which will debut in the coming weeks. Official release date is set for Tuesday June 24, 2014.  pre-order now! http://www.ratpakrecordsamerica.com/ronny-munroe 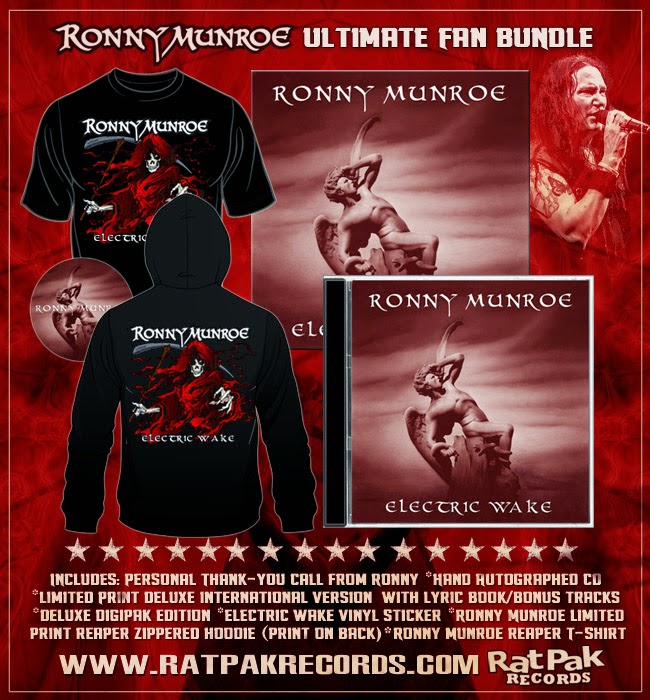