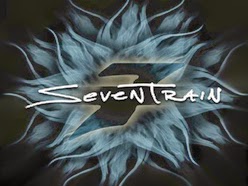 The bands self-titled debut album was released in the US, Europe and Japan on February 18th, 2014 on So Cal Records / Alliance Entertainment and charted on the CMJ Top 40 Loud Rock charts at #36 it’s first week to radio. The album is currently available on iTunes at this location: https://itunes.apple.com/us/album/seventrain/id795963008

The track listing for Seventrain is as follows:
Bleeding
Rays Of The Sun
Change
Broken
Pain
Trouble
Never
Bittersweet Seduction
How Does It Feel
Carry The Cross
Let It Out

Seventrain has recently been playing select dates with Michael Schenker, Black Star Riders, Skid Row and Pat Travers before heading out on a US tour this summer.