Peter Frampton: “Hummingbird In A Box” will be released in the UK and US 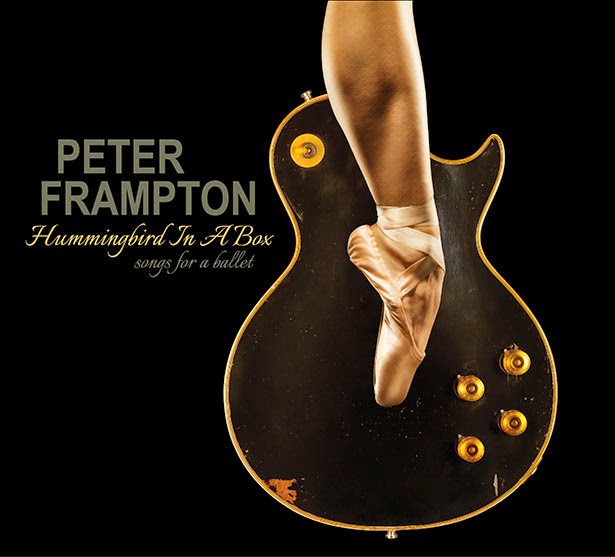 Peter Frampton’s new mini-album, “Hummingbird In A Box”, will be released in the UK and US on Tuesday June 24th via RED Distribution/Sony Music.

The new music was inspired by the Cincinnati Ballet, featuring seven original guitar pieces in Frampton's virtuosic stylings. Frampton composed all songs on the mini-album along with Gordon Kennedy, who also co-produced the recording. The two previously teamed up for “Fingerprints”, which garnered them both a Grammy Award for Best Pop Instrumental Album.

The music debuted in April 2013 at Cincinnati’s Aronoff Center for the Arts. Two of the Cincinnati Ballet’s spring production’s segments were choreographed to existing Frampton music—with Frampton and his band performing live—while a third section featured the new composition by Frampton and Kennedy.

Of the project Frampton notes, “Writing for dance was a wonderfully freeing experience. There were no boundaries. We were able to push the composing envelope,” and Kennedy furthers, “Songwriters and musicians create music to move people. This was beautiful, graceful, and instantly gratifying!”

Following a massive year of touring, including 2013’s inaugural Frampton’s Guitar Circus, Peter Frampton returns to the road. This time Frampton will set out on a three-part catch-all tour including select solo dates, a co-headlining run with Grammy-winning American rock legends The Doobie Brothers and the return of Frampton’s Guitar Circus. For tour details, please visit www.frampton.com.

Frampton was recently inducted in the Musicians Hall of Fame, performed on-stage at the Grammy’s with Ringo Starr and also played an integral part in the 50th anniversary celebration of the Beatles’ arrival in the U.S. Frampton also produced Humble Pie’s Rockin’ The Fillmore deluxe compilation with original member Jerry Shirley (available now via Omnivore Recordings).