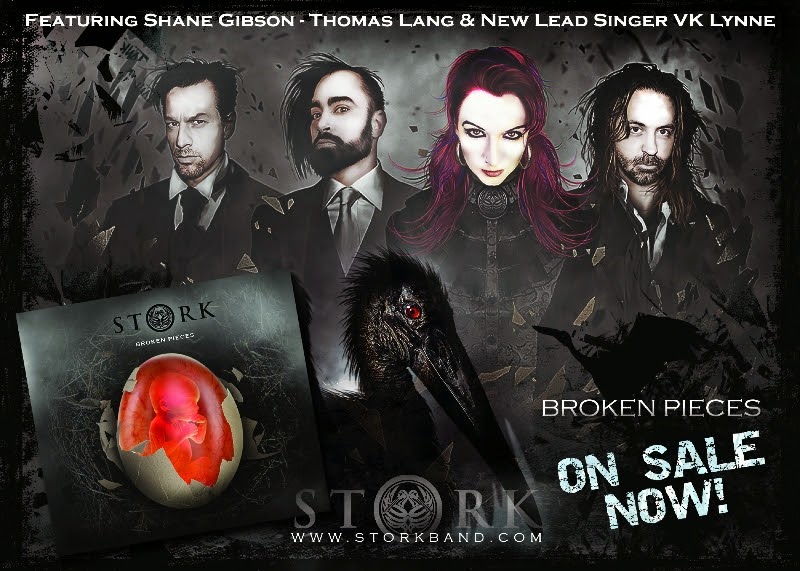 It is with deepest sadness and regret that we must confirm that stOrk founding member and lead guitarist Shane Paul Gibson passed away at 5:45 AM on April 15th, 2014 in the UAB Hospital in Birmingham, Alabama as a result of complications from a blood clotting disorder. He was 35 years old. Shane was one of the best guitar players the world has ever known and his virtuosity was matched only by his wit and generosity of spirit. He will be missed beyond measure.

Our thoughts and prayers go out to his family and all those who loved him as much as we did. stOrk was Shane's passion and his "musical baby." It is our hope that through the release of this album, his musical legacy will continue to garner more fans around the world. We are dedicating the release to his memory.

"Broken Pieces" is on sale now at Amazon, iTunes & CD BABY. A limited number of autographed copies are available now via www.storkband.com

Our tribute to the late great Shane Gibson... all the tributes from artists from around th world: http://www.truthinshredding.com/2014/04/shane-gibson-storks-super-talented.html