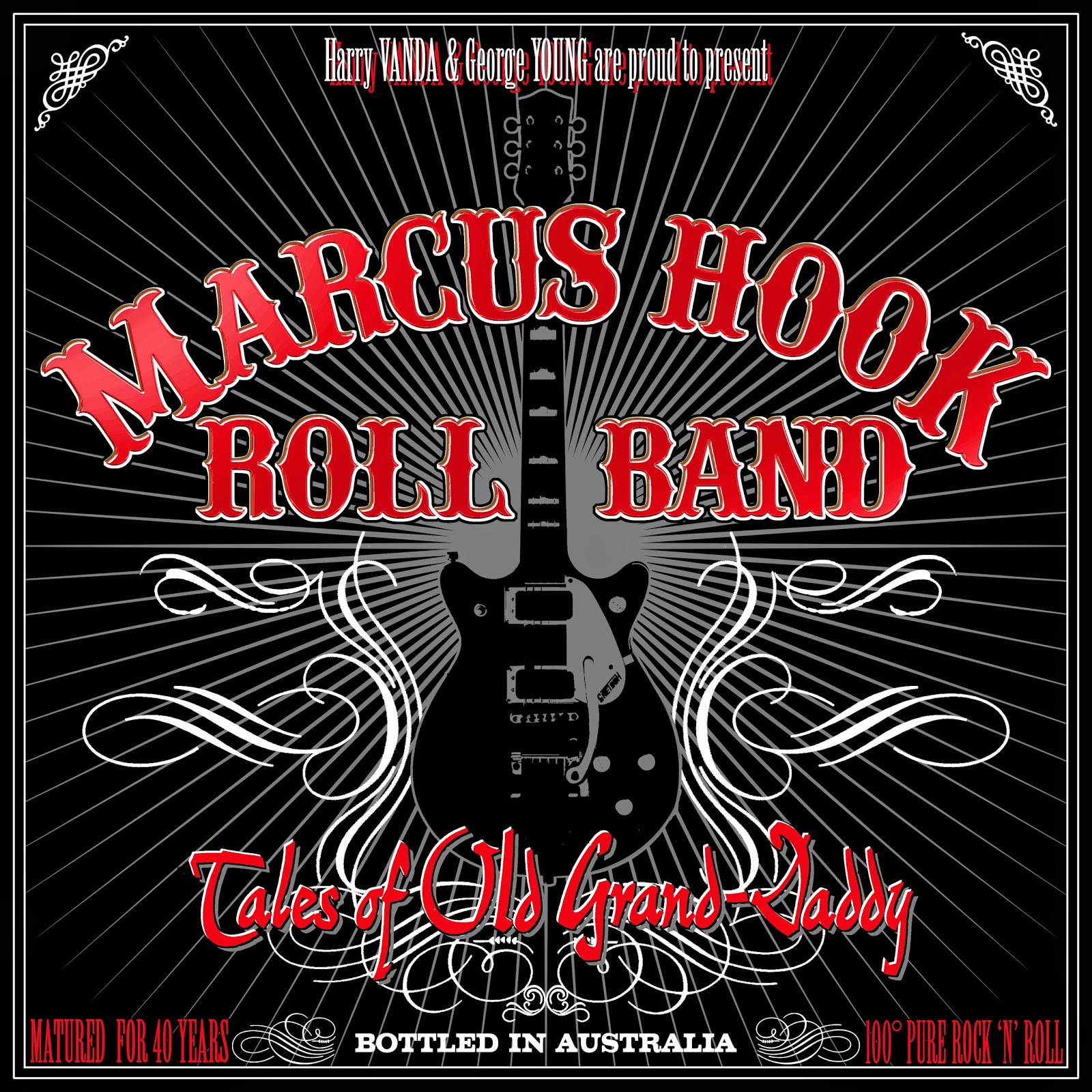 The Marcus Hook Roll Band
Featuring Malcolm, Angus & George Young
with Harry Vanda - Release Rare 1973 Studio Recording
Tales of Old Grand-Daddy
CD/digital download * Out Tomorrow - June 3
Los Angeles) - Just before Malcolm and Angus Young took us on a debaucherous decent down that Highway to Hell, they joined with their talented brother, George Young and guitarist Harry Vanda, to form the brief, yet musically significant group, The Marcus Hook Roll Band. Back then, there was no such person as Marcus Hook, nor did the ‘band’ originate from the borough of Marcus Hook in Pennsylvania. George and his fellow musicians only ever existed as a band in studio, releasing three singles and one album in the early ’70s. When any of these tracks turn up on internet auction sites today, collectors bankrupt their PayPal accounts to win them. Now, The Marcus Hook Roll Band is releasing their one and only album, 1973’s Tales of Old Grand-Daddy, TOMORROW - June 3 through Parlophone as CD/digital download.

Song premieres began rolling out late last month with Rolling Stone giving fans a taste with “Louisiana Lady”, followed by MSN, Guitar World, Pure Volume and in Billboard where writer, Gary Graff spoke to original producer Wally Waller for his insight into the recording sessions with the Young Brothers.


MSN - "One of These Days"
http://music.msn.com/marcus-hook-roll-band-premiere/story/feature/?ocid=muhfpS1RL1