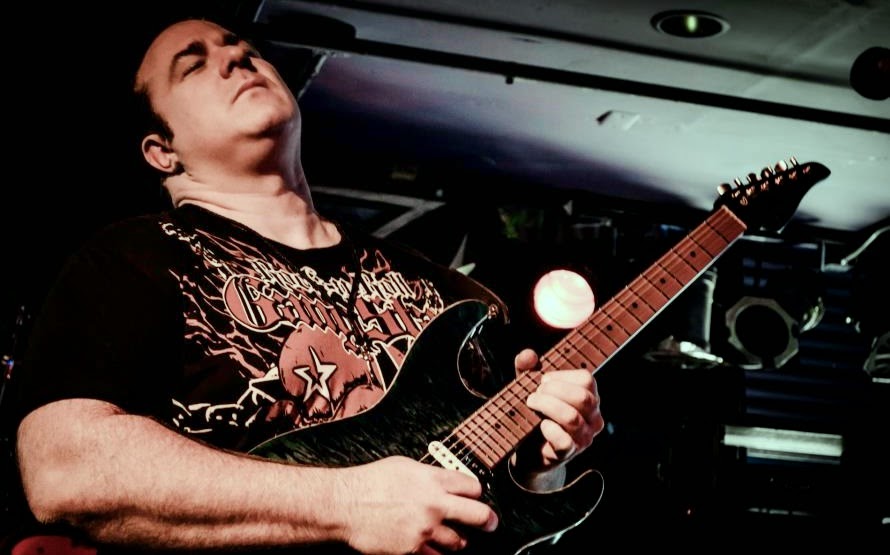 Xander Demos has begun recording a new "solo" mostly instrumental album. The newly titled Runways And Waterways is the follow-up to his critically acclaimed debut album, Guitarcadia. A late 2014 release is expected.

Xander Demos, best known for his work with James Rivera's Sabbath Judas Sabbath and his own debut collection of guitar gymnastic "Master-shreds," Guitarcadia, has begun recording his much-anticipated "solo" follow-up release to that album.  Like Guitarcadia, the newly titled, Runways and Waterways (formerly referred to as The Runway Obsession) will be a collection of 10 tracks, including two vocal tracks and two cover songs.  A late 2014 release is expected.

Xander issued this statement a couple of days ago: "It's June 9th and this is the official announcement: My second solo record is underway as of today. The follow-up to my Guitarcadia album is called Runways and Waterways and it will follow a similar pattern to my first CD. One of the first tracks is getting it's rhythm tracks done right now... sooo, I'm marking this day as "Day 1"... I guarantee it won't take as long as Guitarcadia did, but it will feature some really cool songs and great guests. In the words of the Joker... "and here we................go!"

Meanwhile, Xander and his band, XDB are in the midst of recording their first "band" project, Dancing Through Daggers.  The band is opening for metal legends, Stryper on June 12th, in Pittsburgh. XDB will be performing at Skull Fest and Rock N' Skull, where they will also be backing Shawn Pelata (Line of Fire) and John Elefante (Kansas.)  Xander is also
continuing his busy press blitz.

Xander Demos is a rock and metal guitarist, based in Pittsburgh, PA. He has performed and recorded with James Rivera (Helstar, Malice,) Sabbath Judas Sabbath, Liberty N’ Justice, Ged Rylands’ Rage Of Angels, Modern Superstar, and others. His debut album, Guitarcadia was mixed by CJ Snare of Firehouse. The title track from the upcoming XDB release, Dancing Through Daggers was mixed by JK Northrup of King Kobra fame. Xander will appear in the upcoming movie release, Hair I Go Again. For more information, visit http://www.xanderdemos.com.