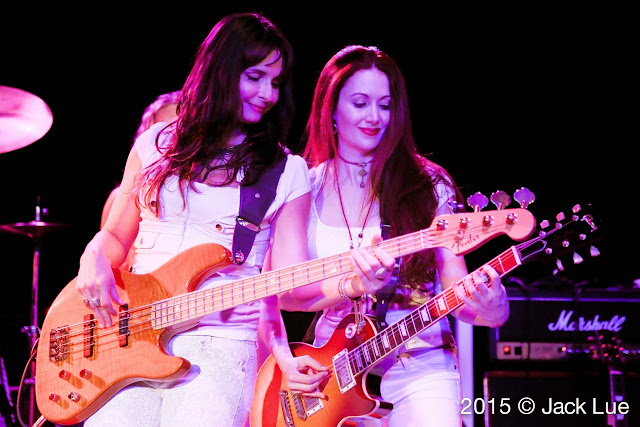 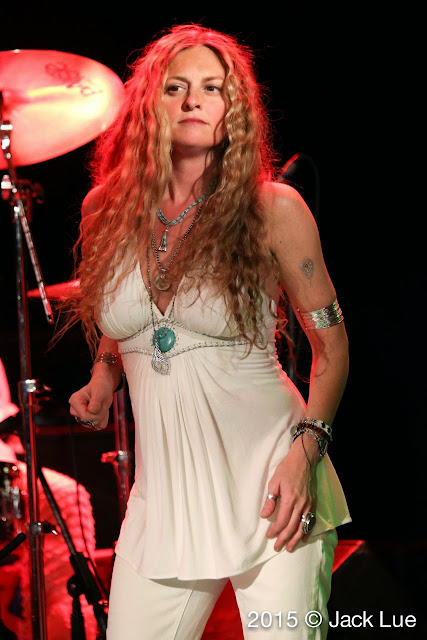 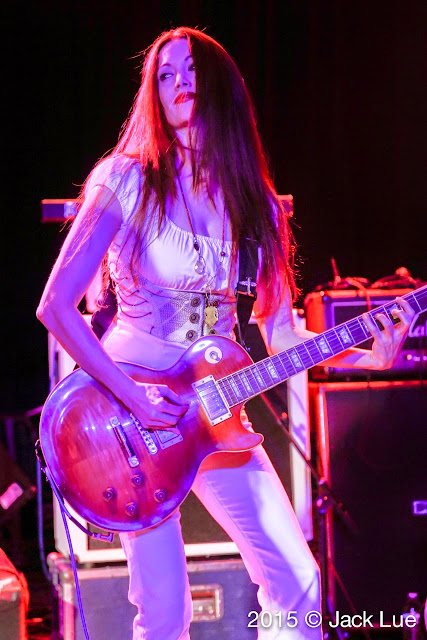 How to honor the legacy of a band deemed sacred? To tread on holy ground is perilous, and must be done with the intent and spirit of a disciple—Pay attention to the intricacies of the magic, explore the far ends of the innovation, strive for ever-growing ability, and let the purity of the love for the music drive it all. 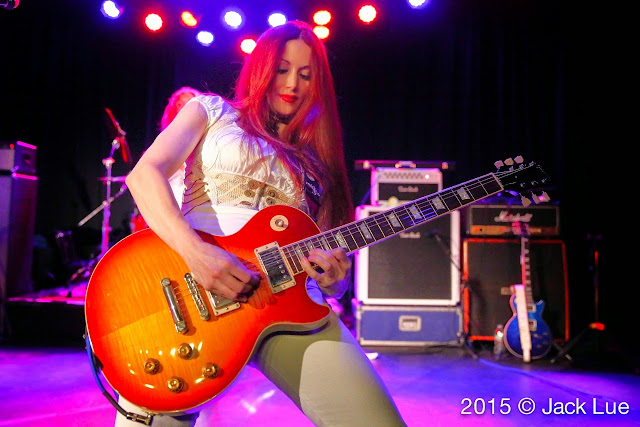 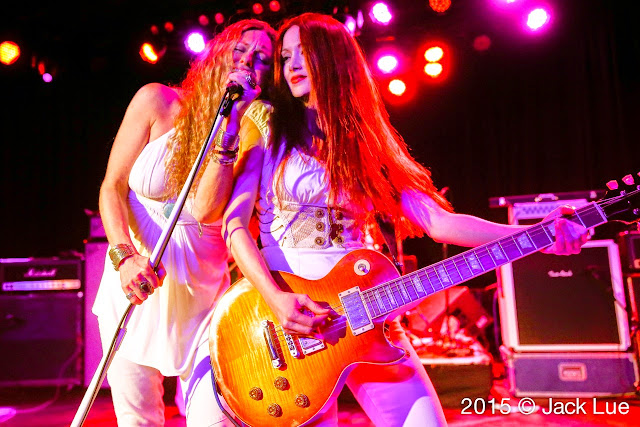 Drummer Clementine is the founding member of ZEPPARELLA. From the beginning of her musical career, her goal has been to be onstage every night. The pursuit of that goal has led Clementine to constantly tour the US and Europe in projects as diverse as Bottom, AC/DShe, The House Of More, The Solid, Francis Bakin, and Stars Turn Me On. She tackles the best rock drumming ever written with her own emotionally powerful style, bringing the Motown influence of the Bonham groove to the forefront. The profound musical connection established with Gretchen Menn (guitar), Angeline Saris (bass), and Noelle Doughty (vocals) creates the bond required to do this great music justice. 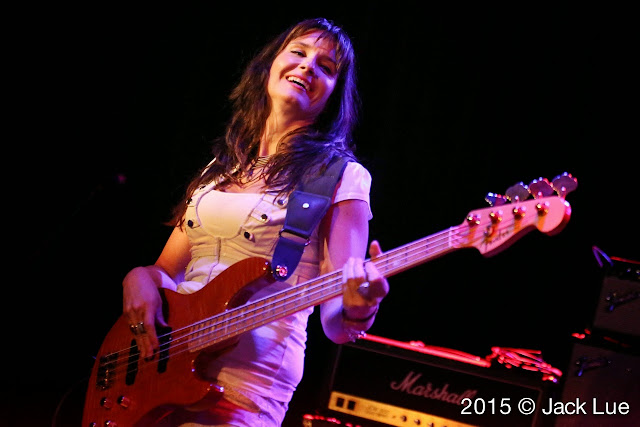 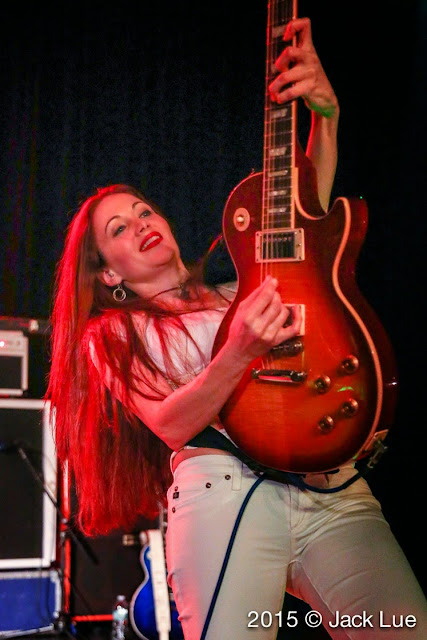 It was under the tutelage of classical guitarist Phillip DeFremery, a student of Andrés Segovia, that guitarist Gretchen Menn began her path on the instrument. Playing with tireless passion and constantly seeking out new challenges, her projects are often unconventional, genre-bending expressions combining elements of classical, rock, progressive, jazz, and metal. On influences, Gretchen has never tired of her initial inspirations—Eric Johnson, Steve Morse, Frank Zappa, and Jeff Beck. But she has loved Jimmy Page’s guitar playing longer than she has played the guitar. It was through the music of Led Zeppelin that she found a gateway into music that resonated deeply with her, creating a love for guitar-oriented music, and, ultimately, the guitar. 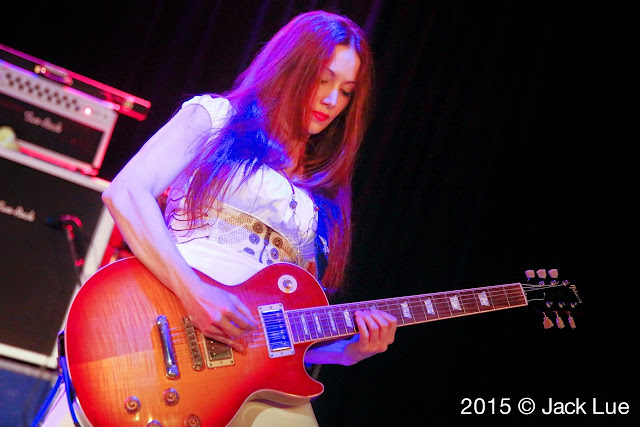 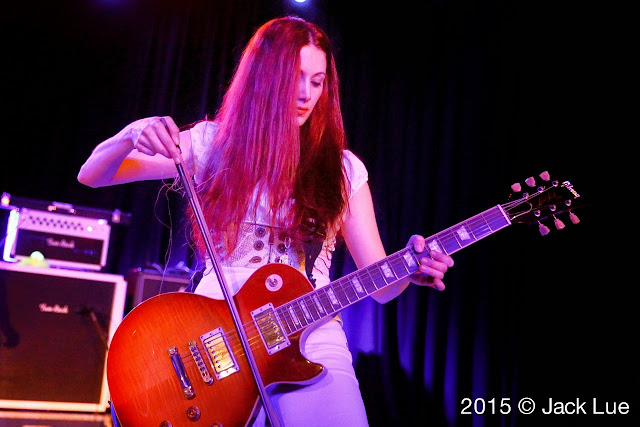 Bassist Angeline Saris has musical passions that span jazz to speed metal, R&B to rock, Cuban to hip-hop, and flamenco to rockabilly. Angeline has done it all - and does it extremely well. It is this versatility, her rock-solid time, tastefully crafted bass lines, and unequivocal skills that give her the ability to bring cohesion to the eclectic Zeppelin catalog. Angeline credits John Paul Jones as a main influence, so it is no surprise that she shines as she interprets his thunder. 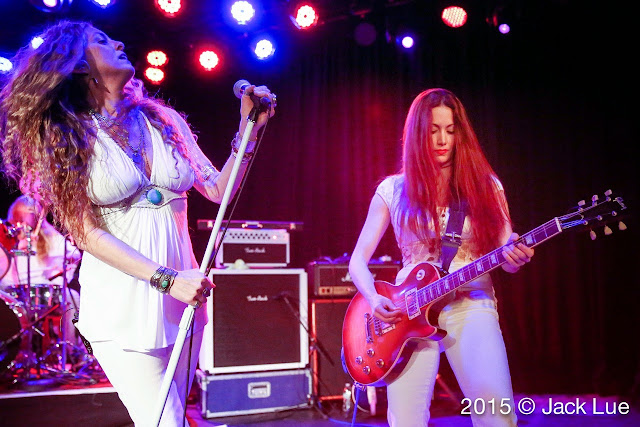 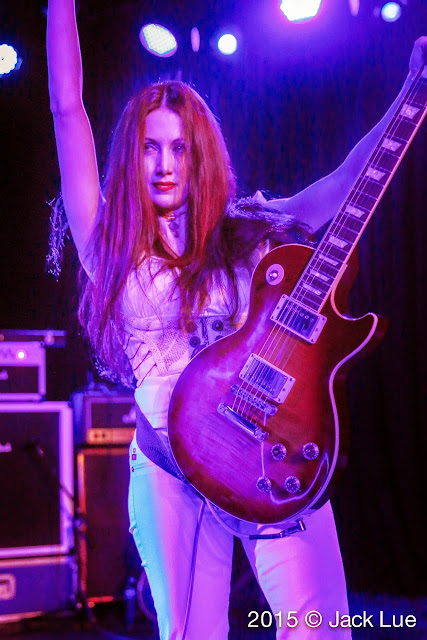 Finally, singer Noelle Doughty has found her way back to where she started, with a passion for Led Zeppelin’s music that was developed from as far back as she can remember, as the little sister in the room with the rocking older brothers. The kid who knew every word to every song has worked in classic rock cover bands, jazz bands, funk bands, and yet never lost her true love for Zeppelin. After moving to the West Coast from New York State, her fortuitous meeting with Gretchen Menn backstage at a Robert Plant concert brought the final puzzle piece to the Zepparella family. Noelle’s clear and powerful style and deep understanding of the emotional content of these great songs make the picture complete.

Now more than ever, Zepparella explores their own improvised magic within the framework of Zeppelin’s mighty songs! 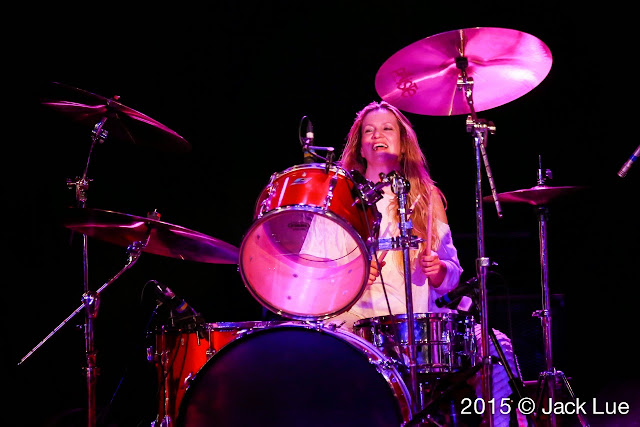 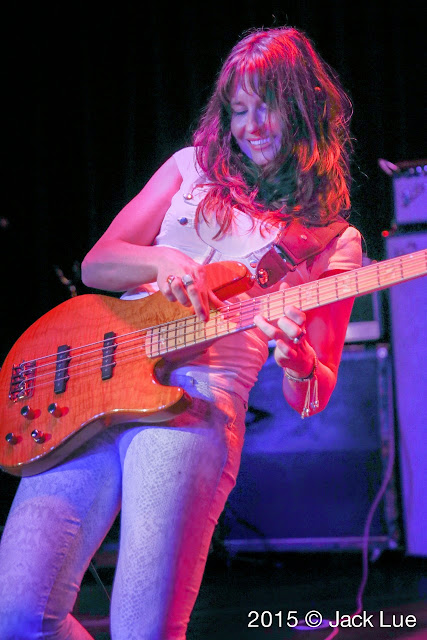 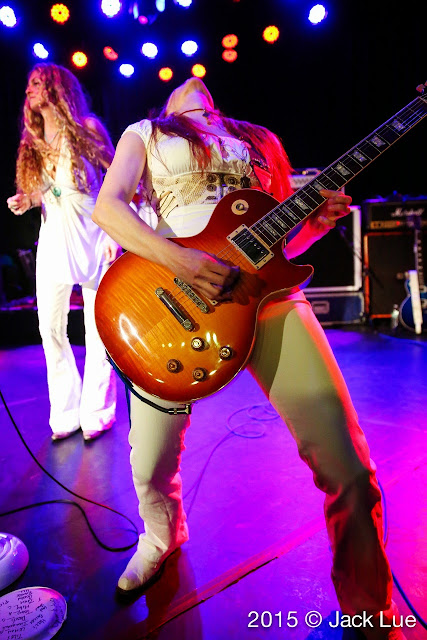 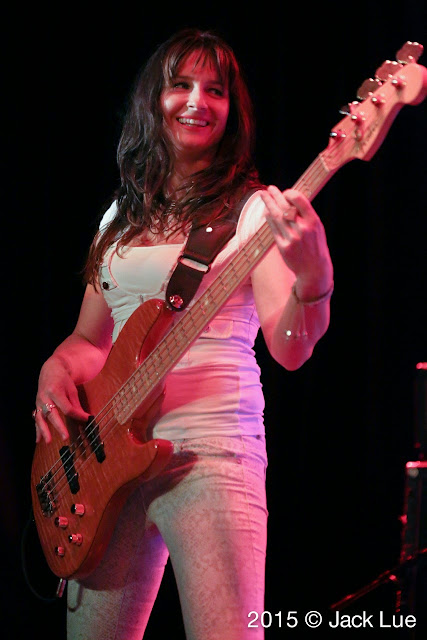 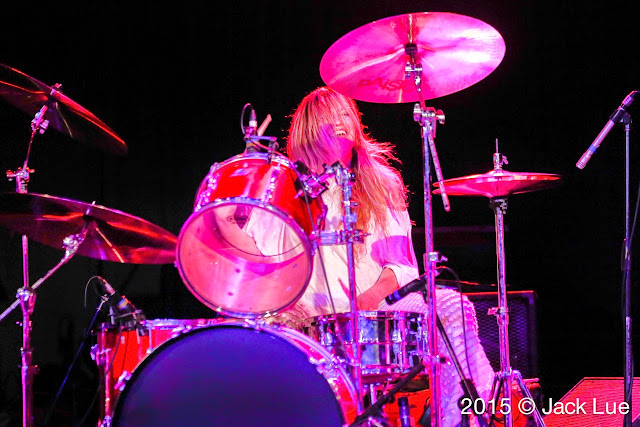 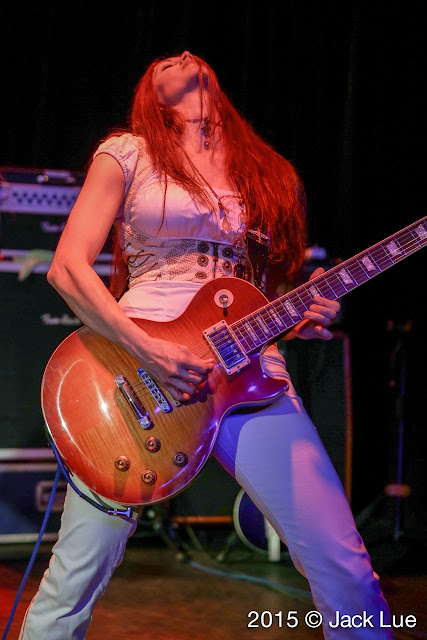 Some video from recent shows