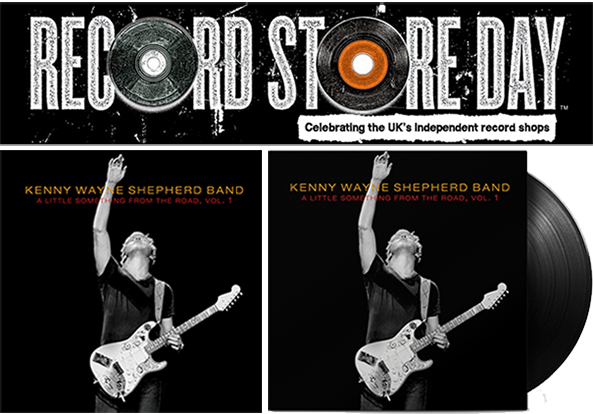 THE KENNY WAYNE SHEPHERD BAND
CELEBRATES “RECORD STORE DAY” WITH THE RELEASE OF
“A LITTLE SOMETHING FROM THE ROAD, VOL. 1”

Provogue/ Mascot Label Group is pleased to announce The Kenny Wayne Shepherd Band’s “A Little Something From The Road, Vol. 1” EP on limited edition vinyl on Record Store Day on April 18, 2015.

The live recordings were culled from Kenny Wayne’s Goin’ Home 2014 tour and album which saw Kenny Wayne revisit vintage blues classics that first ignited his love of the blues and inspired him to play guitar.

A Little Something From The Road, Vol. 1
Track listing