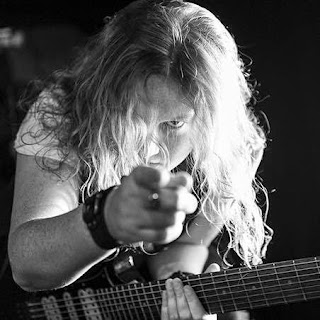 VOYAGER THE 'SEASONS OF AGE' AUSTRALIAN TOUR WITH KLONE (FRANCE)!

Australia’s foremost progressive metal act, Voyager Australia are busting out of their home city of Perth for a national tour this May and June to launch their new video of 'Seasons Of Age' taken from their critically acclaimed album, 2014’s V.

V landed in the Top Ten of practically every media outlets Years End list for 2014. A powerful and melodic feast for the senses, it is a bold and dramatic statement that has been described as ‘pure prog goodness at a world-class level.’ by former Triple M Distortion host Higgo.

Joining Voyager throughout the tour, is brooding French alt-heavyweights, KLONE who’s latest album, Here Comes The Sun, will be released in Australia in April via Bird’s Robe Records.

Klone are another French success story having toured with Gojira and Orphaned Land several times, are regulars on Hellfest, France’s biggest metal festival and will be playing Euroblast festival in later in the year.

Come and experience the power, the majesty, the might and the virtuosity that is Voyager live!