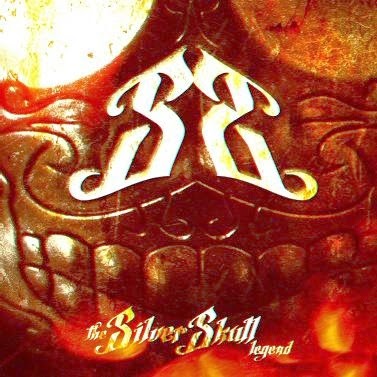 Steve Saluto has given to the music market another rock solid creation from his solo career with "The Silver Skull Legend". The Ep will be available on and only for the digital music market - Jan 10th 2015.

On this Ep, Steve played every instrument following everything from recording to mixing, mastering and production as its a showcase for his new Manne Signature Guitar called "The Silver Skull Legend". Residing in Treviso (Italy), Steve Saluto began playing guitar at the age of fifteen. After taking jazz guitar lessons, he was inspired by the Eddie Van Halen solo in Michael Jackson's "Beat It" to take up playing rock. The guitar whiz has never looked back... The seed was planted and the rest is music history in the making.

"The Silver Skull Legend" feature 4 diverse songs that while the foundations are rock, Saluto isn’t afraid to add colors of R&B, funk and
hard-hitting provocative melodic rock too. Starting it off, we have the rousing song "Take Me Home (The Return)" with it's spellbinding lyrics and hypnotic groove. The guitar sounds are bewitching with bawdy guitar riffs, flirtatious hooks and salacious lead solos. "Doing You Again" is a real funky rhythmic number with a touch of R&B stylings. The commanding vibe called "My Wish"is a marching progression full of energizing moments. And at last but not least, we have the velvety smooth "Frozen" with its effortless sound and mesmeric melody. Steve's vocals on this celebrated EP are alluring with his impassioned and provocative story telling lyrics.

"The Silver Skull Legend" is a short but sweet introduction to Steve Saluto’s musical world. Come check it out for yourself.