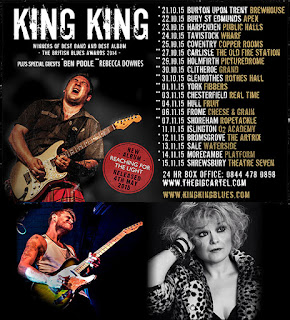 KING KING are proud to announce their new album “Reaching For The Light,” will be released on 180 gram vinyl on Friday 4th September. The vinyl was manufactured at The Vinyl Factory in London on the classic EMI 1400 press and the original EMI pressing plant.

Mastered specifically for vinyl production by the legendary Ray Staff (Led Zeppelin, Genesis) at Air Studios, the vinyl edition of “Reaching For The Light” is now available for pre-order from Manhaton Records.

The news of the vinyl release follows hot on the heels of King King’s forthcoming October - November UK tour. Tickets are available from thegigcartel.com or 0844 478 0898.