Bruno Monello: promo trailer for the Coordinator and head of the Modern Music Institute for Sicily - tasty licks 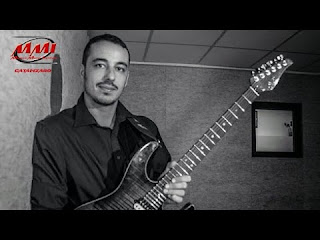 Coordinator and head of the Modern Music Institute for Sicily (MMI www.modernmusicinstitute.com) collaborates as a transcriber and teacher for the historic Italian magazine Guitar Club, writes a column entitled "guitar fitness" by focusing on the technical / articulate and melodic / harmonic. Bruno Monello specializes in guitar rock / fusion with Master Alex Stornello, attending the Modern Music Institute in Verona.

Thanks to his advice and teachings can develop a style more and more well-defined, characterized especially by bebop phrasing applied to music and rock sounds, tapping fingers 8 (influenced by Daniele Gottardo and Ignazio Di Salvo in particular), the technique of interlacing especially tied with color, fingerstyle guitar rock / jazz. Subsequently continued his studies by himself, listening to records of different kind of music, transcribing and studying the language of bebop saxophonists, hard bop, contemporary jazz (from Parker John Coltrane and Chris Potter all) up to the musicians rock / contemporary fusion of great as Tom Quayle, Guthrie Govan, Martin Miller, Alex Hutchings, Daniele Gottardo, Feodor Dosumov, Jack Gardiner and many others. It organizes and attends to the MMI , numerous master classes and clinics of the aforementioned artists at the premises of the Sicilian same school. In 2012 began to write and record, under the supervision of Alex Stornello, the Treaty on the "Guitar Fitness" from the title "Magic Fingers". This is a text divided in three volumes designed for individuals who want to learn properly, through countless years of gradual difficulty, to develop the technique on the instrument in a functional way, without neglecting the melodic / harmonic / rhythmic phrasing. Today, as a young teacher now said the country, the magazine Guitar Club dedicates several times of interviews and articles. Since 2011 he plays and conducts regular workshops, clinics and master classes throughout Italy, for the most important trade fairs as (SHG Milan, Guitar and Friendzy other) or at music schools and educational workshops. It performs clinics and demo tour as a demonstrator for various brands of international instruments on the Italian territory. He is currently the national spokesperson and endorser for brands: D'Addario STRINGS, Blackstar, SUHR GUITARS . In 2014 and in 2015 with Andrea Martongelli plays clinic tours throughout Italy for MMI, on topics ranging from bebop to metal to fusion. In January 2016 will play again an Italian clinic tour that will take him around Italy supported by Backline distributor for the brand of guitar SUHR. By now almost five years working with Alex Stornello actively dissemination nationwide program of Modern Music Institute teaching the new reality established and coordinated by the Stornello with several offices on the national territory. It carries live performances by rock formations / progressive, with the Hot Jazz Orchestra (23 elements), and a trio of instrumental rock / fusion. Bruno Monello is qualified teacher for the course complement the MMI Guitar Fitness, tapping and polyphonic improvisation on the guitar rock / fusion. Register to MMI a instructional DVD on the development of the technique of modern tied, available to order on his personal Facebook profile (www.facebook.com/brunomonello) has been teaching exclusively for the Modern Guitar Institute in the appropriate fora. Offered educational activities also via Skype. Information and reservations: www.chitarrarock.it