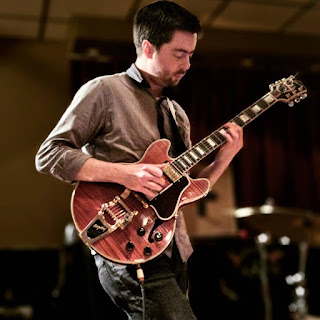 "Think Metallica meets Mingus, or Hendrix, Pastorius and Animal from the Muppets on a bro-date."★★★★ The Evening Standard

"A brilliant debut album showcasing the respective talents of three exceptional British musicians... An excellent start... They are the business."
★★★★½ All About Jazz

"There's a real buzz around this London trio, whose live rock energy and left-field smarts are evident on their eponymous debut."
★★★★ The Evening Standard

"There’s subtlety, there’s grace, and there’s excitement.​ ​The variation on the themes are exceptional​.""★​★★★ UK Vibe

"A trio fast-playing and fast-reacting with often spectacular ease."
★★★★ The Scotsman

"​A very promising debut from Preston, Glasgow and Lowe. Rich in intensity and spellbinding in parts, there’s obviously much more to come from this exciting trio.​"
★​★★★​ UK Vibe​ 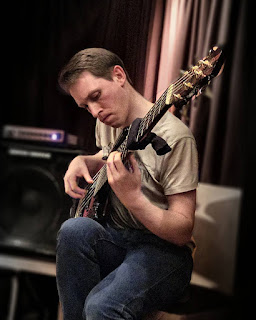 British trio Preston - Glasgow - Lowe release their eponymous debut album with an energetic and technically thrilling record of original material. Writing and performing together since 2012, London-based David Preston (guitar), Kevin Glasgow (six-string electric bass) and Laurie Lowe (drums) have steadily honed their own particular style of complex riffs and thunderous rhythms complete with subtle, low-level electronics and overdubs. The project’s creative and developmental processes open up a panoply of textures and colors – from open, contemplative oases to heavyweight, blistering maelstrom – yet it all emanates from this close collaboration of just three musically-incisive minds.

Preston - Glasgow - Lowe’s carefully constructed sequences invite their own compositional extensions and improvisations to seamlessly flow in and out of the framework, searching for the undiscovered, as intimated by David Preston: “For me, the trio format is one of the most interesting, with its opportunities and challenges to either create or fill space; so it’s always exciting to get together with like-minded musicians, in that context, to spend time analyzing what you want to explore, and what maybe you haven’t yet heard, so you can then answer that question as thoroughly and as honestly as you can.”


The sheer, virtuosic rapidity of the playing found within these 65 minutes is striking – from the tumultuous, firecracker synchronicity of ‘C:\>PU’ and ‘Colour Possesses’ to the melodic guitar breadth and animated bass grooving of ‘Everything in Everything’, and the breathless six-string bass velocity of ‘Elephant and Castle’ to Laurie Lowe’s viscerally penetrating drum eruption at the centre of three-part ‘Within You’. Presenting a cool, synthy spatiality, ‘Song to the Citadel’ prompts exquisite fretboard roaming and pitch-bending from both Preston and Glasgow; while the intensifying, rock-infused urgency of ‘The Priory’ - written in part as a through-composed drum solo - features Lowe's relentless yet nuanced drumming.

In a fertile environment which melds the ethos of jazz-rock fusion with enthusiastic invention, this is a trio whose combined experience and prowess is distilled into an intuitive and invigorating program, fine-tuned from their live sessions. As Kevin Glasgow sums up: “We’ve been shaping this music together for some time, and have received some great reactions at gigs; it’s a concept that comes from within us, so we can’t wait to share it more widely through this album release.”