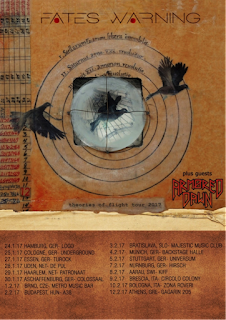 U.S. Progressive Metal pioneers FATES WARNING have confirmed their first touring run in Europe for their much acclaimed new album "Theories Of Flight".

The tour will be taking place in January/February 2017 and will feature Armored Dawn in the opening slot and one further band to be announced soon.


FATES WARNING vocalist Ray Alder checked in with the following comment:
"Hello all! We are happy to finally announce the tour dates for the first leg of our world tour for "Theories Of Flight"! We are very excited and cannot wait to hit the road with the new album! There will be more dates announced soon, as well as a few surprises, so keep an eye out... We look forward to seeing you all on this next tour! See you soon!"


In other news, FATES WARNING have just completed working on a first promotional video for "Theories Of Flight", so look out for the clip for the song "Seven Stars" to make a debut soon... 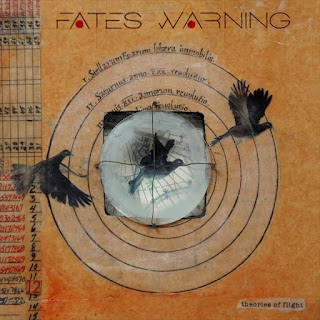 All physical are available from the IOM webshop here:
http://smarturl.it/theoriesINOstore