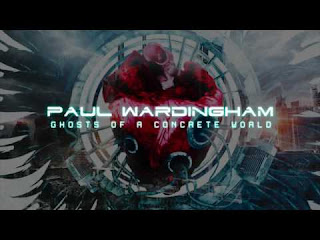 “I really wanted to get back to a style that I was doing a few years before writing Assimilate Regenerate. More focused on melody and riffs than on lots of guitar solos. Spiritual Machines is more metal, very song orientated and has a kind of raw industrial quality to it”

Spiritual Machines: Track Listing:
1. The Awakening
2. Spiritual Machines
3. My Sanctuary
4. Break The System
5. Ghosts Of A Concrete World
6. Prophecy
7. System Error
8. Prisoners Of The Future
9. The Edge Of Human
10. Off-World