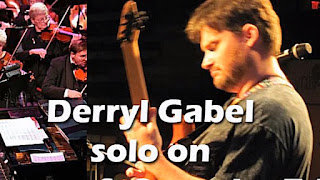 http://derrylgabel.com Here's a solo I did over the top of the Benoit tune Overture and Over the Edge. This was recorded in 1996.

There's an Allan Holdsworth tune called Endomorph off the Secrets album. The solo Allan did on that is so beautiful and I was going for that vibe on Overture. It was all improvised and a first take.
I learned the head of Over the Edge and then recorded all of that in a first take. For the solo in Over the Edge I was kind of going for a Shawn Lane vibe.