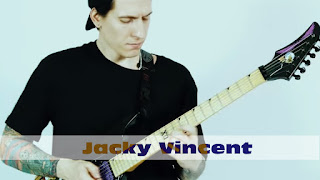 Physical and digital album pre-orders are available at: http://www.jackyvincentmerch.limitedrun.com/.

A play-through video for "Awakener", a track of the album is debuting on Guitar World: https://www.guitarworld.com/artists/jacky-vincent-premieres-new-song-awakener.

Of the track, Jacky says, "This is my new single entitled ‘Awakener’ from my upcoming album ‘Life Imitating Art’! My first solo release in 5 years. I had a blast crossing Metal, Electronic, neo-classical and fusion styles all into one track! Share/repost this track, tag all your friends and crank it up!

In anticipation of the album's release, Jacky will embark on his first solo US Tour, which kicks off on September 4 in Oklahoma City. See dates below.

Tickets for the Life Imitating Art Tour are available at: https://bnds.us/ctpxqe‬.

Vincent's unbelievable, outrageous and over the top guitar style was on full display as a former member of Falling In Reverse (Epitaph Rcords) from 2009-2015. Chart-topping releases such as ‘The Drug In Me Is You’, ‘Fashionably Late’ and ‘Just Like You’ shot Vincent into the mainstream and he was quickly heralded as one of today’s top young super shredders.

With accolades such as AP Magazine's Guitar Player of the Year 2012, Guitar World's 3rd Best Shredder/Shred Album 2013 and his own  Dean guitar https://www.deanguitars.com/artist?name=jacky-vincent under his belt, Vincent moved on to form the metal group Cry Venom.

The virtuosic metal entourage have since released their debut album ‘Vanquish The Demon’ and kicked off the Loudpark Festival playing the Saitama Super Arena in Japan, warming the stage for metal and rock heavyweights such as Alice Cooper, Meshuggah and Devin Townsend.

With the upcoming release of his sophomore solo album, Jacky shows no signs of slowing down. Catch him live on tour this year, an awe-inspiring show you will not want to miss!

Has been featured on songs and played on tracks alongside guitar virtuoso’s such as - Paul Gilbert, Michael Angelo Batio, Jason Richardson, Syu (Galneryus), Dario Lorina and Rusty Cooley.

Has have also played on stage with Dragonforce as a guest at soundwave festival in Australia in 2015. 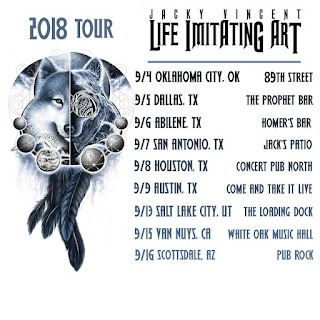 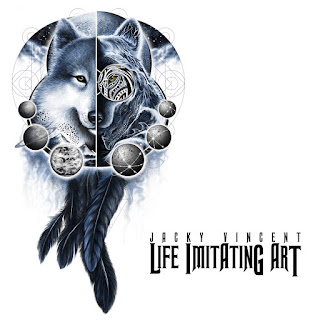 Jacky Vincent || The Sound And The Story Trailer || FRET 12 DVD

All songs written and arranged by Jacky Vincent

Bass - Skyler Accord (Of the band ‘Issues’) - except for tracks
‘Awakener’ and ‘Run, Don’t Look Back’ - bass by Greg Cash (from the band ‘Josh Todd & the Conflict)

Drums -
Dylan Howard except for the track ‘Racetrack’ - Drums on Racetrack by Aaron Stechauner (Of the bands ‘Rings of Saturn’ and ‘Interloper’.