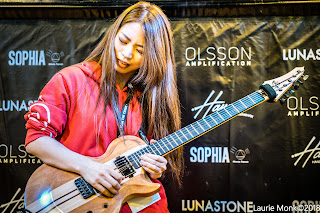 Japan's power metal heroines LOVEBITES have announced that their debut European headline tour will take place this November. The all-female five-piece, who recently won the Best New Band Award at the Metal Hammer Golden Gods Awards, have joined British agency X-Ray Touring and will return to the UK and Germany for the tour, and perform in the Netherlands and France for the first time.

"We are extremely pleased to work with X-ray Touring," states the band. "Now we have more opportunities to conduct live shows and tours outside of Japan. We're really looking forward to perform in front of, and have direct contact with, more and more metal fans overseas. But most of all we're looking forward to return to Germany and the UK, and play in the Netherlands and France for the first time. Let's meet at the live venue."
LOVEBITES recently performed in Germany for the first time, on the W.E.T. Stage of Wacken Open Air on 4 August 2018, followed by the main stage of Bloodstock in the UK on 10 August 2018. The latter performance led to Metal Hammer describing the set as "blasting out a half-hour of technical wizardry, mind-boggling vocals and a voice that could level buildings" and Kerrang!to list the band as one of ten things they learnt at Bloodstock in their post-festival report, stating "LOVEBITES confirmed that the NWOJHM [New Wave of Japanese Heavy Metal] shows no sign of slowing down".
Latest EP Battle Against Damnation and debut album Awakening From Abyss are out now from JPU Records on CD and available for digital download and streaming. Click the link to buy / download / stream. 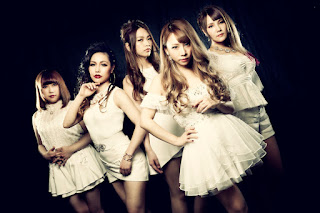