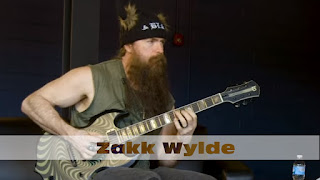 No, this isn't Zakk Wylde under the influence — the legendary metal guitarist sits down with Sweetwater's Nick Bowcott and talks about who has influenced his personal style. And he shares a great tip for any tone-chasing guitarist — if you love a player's style, find out who influenced them, and be sure to get familiar with those influences too.

Zakk Wylde On His Influences