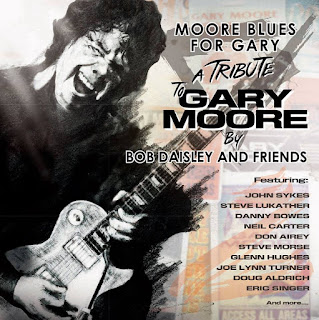 On February 6, 2011, the blues dedicated to the soul of an eternal guitar hero who died at the age of 58. Fellows who walked with Gary Moore gathered musicians who adore him and gave the world a tribute album full of respect and love. In response to its popularity and influence, a number of top musicians are participating in this work.

The fact that a large number of musicians who had direct ties with Gary are also participating in this work as an "orthodox" tribute album. Don Eile (Rainbow, Deep Purple) who battled with numerous battles with Aibo who supported Gary in the 1980's and Neil Carter and keyboard, Glen Hughes (Deep Purple) playing an important role in the carrier, a band Eric Singer (KISS) and Darling Mooney who were drummers of the first time, Gregory's first professional band, Brush Shields of Skid Row, and others, and Jack and Gas, the son of Gary, The enormity of its existence will be highlighted. He played at the forefront of hard rock / heavy metal, such as Rainbow and Ozzie Osbourne, and since he first played with Gary on the recording session of "Victims of the Future" (1984), he has played three times Bob Daisley, who accompanied him to the performance in Japan, is the founder of this work. It was Bob that encouraged Gary who was pushing through the lock line to make a blues album, which triggered the hit album "Still Got the Blues" (1990) to be born. The two play again in "Power of the Blues" (2004).

Gary, who has released tribute albums for great guitarists such as "Bruce for Greetie" (1995) and "Bruce for Jimi" (2012) announced after death, is now dedicated to himself It is this work. Seven years since its death, we still continue to embrace him in blues. 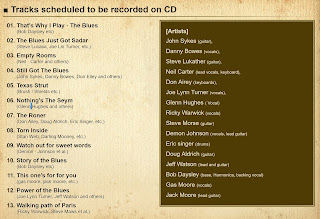