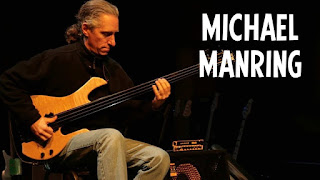 Michael Manring Interview: Michael Manring is one of THE most passionate players I’ve ever met, and in fact, passion is the driving factor in pretty much everything he does. Stories about leaving Berklee early - with their blessing… playing with Henry Kaiser, Michael Hedges, Alex Skolnick… the dark side of touring solo all over the world, the upside of being a misfit, integrity, compassion, responsibility… becoming more accepting, his obsessions, and much more. Incredibly honest interview with a very warm soul.

In a world where people say they are “different,” Michael is truly a different player. The way he plays bass, and the way he hears bass guitar is unlike anyone I’ve ever seen or heard. A solo artist who’d released 7 solo LPs of his own, played with Michael Hedges for years, was part of the Wyndham Hill house band, and has played on hundreds of stages all over the world and on hundreds of records.