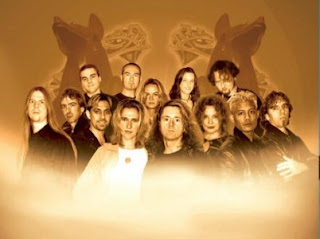 As with all the albums in our Consortium Project "quadrilogy reissue" series, this new version of the previously out-of-print album sees an all new remaster and the addition of 2 never before heard bonus tracks from band mastermind Ian Parry’s vaults.

After the story commenced with Consortium Project I "Criminals & Kings" (LMC314) and Consortium Project II "Continuum In Extremis" (LMC316) the story takes on another chilling twist – It has been more than 375 years since the effects of global warming, and the depletion of the Ozone. The results were catastrophic. Worldwide air pollution and extremely low temperatures, forced the Neofems to seek permanent refuge. Communication with the outside world was no-longer possible. Cocooned in the safety of their biosphere, the planet continued through the centuries frozen in time.

Once again the cleverly constructed story is worked around accessible yet intricate music with a lot of character and expression, not to mention some fine virtuoso musical performances. Fans of prog power bands ala Vanden Plas, Kamelot, Conception and Symphony X will find a lot to like in "Terra Incognita" with its rich muscular backbone, fine riffs and attention grabbing progressions, all coloured with Ian Parry’s vocals – arguably one of the most powerful and distinctive voices in metal ever.

On 27th February Consortium Project invite you into the undiscovered world.