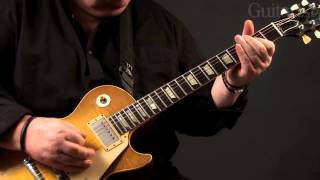 Back in 2012, Guitarist caught up with the blues-rock legend and former Whitesnake guitarist Bernie Marsden. In this video he plays and tells the story of 'The Beast', the guitar that defined the sound of early Whitesnake and on which he wrote Here I Go Again.