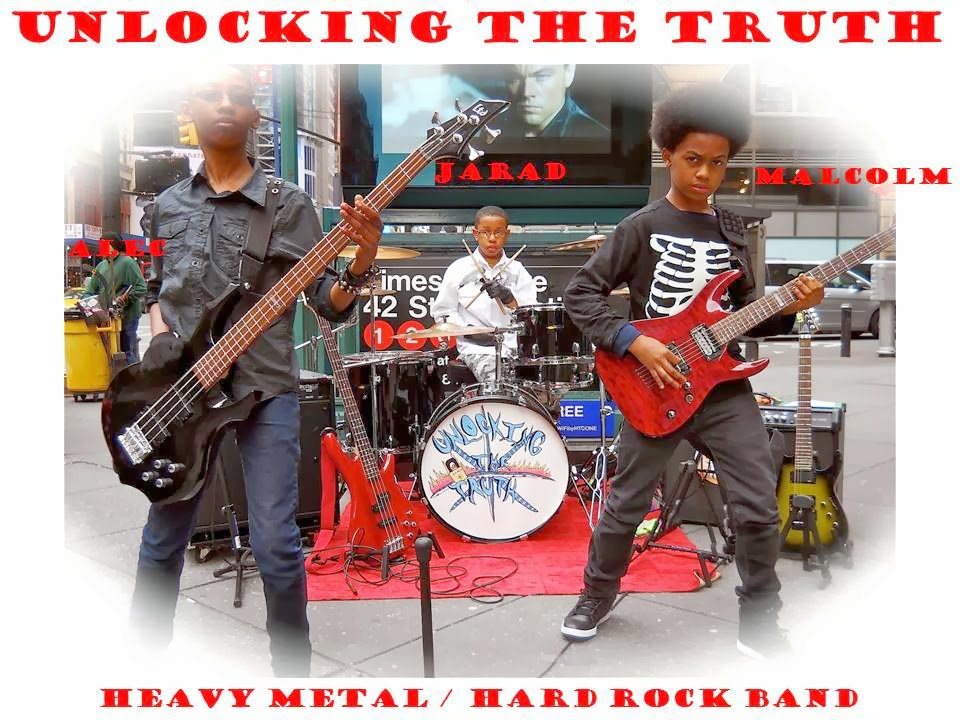 About
Unlocking the Truth are three, 7th grade boys from Brooklyn, New York who write their own lyrics and create their own heavy metal/hard rock music.


Biography
Unlocking the Truth is a young heavy metal/hard rock band from Brooklyn, New York, who write and create their own lyrics and music. The band members are Malcolm Brickhouse (electric guitar), Jarad Dawkins (drums) and Alec Atkins (bass guitar). Malcolm and Jarad formed their first band Tears of Blood in 2007. The boys are in the 7th grade and they’re pretty good students too.