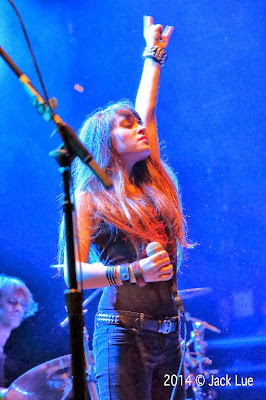 Gabbie Rae is only fifteen and she been playing with Patrick Kennison whose band is Heaven Below in the show organised by On The Road To Rock.  Wendy Dio saw a video of them playing a Dio cover and has invited them to play on the Monsters of Rock cruise. 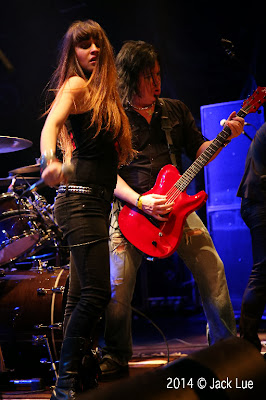 Heaven Below is an American hard rock band based in Los Angeles. The band's debut album Countdown to Devil released March 2009 reached No. 1 on Tradebit.com and No. 15 on Amazon.com's New Releases chart. The band also achieved Top 20 on Music Choice.

The band was formed in late 2007 by Patrick Kennison (Union Underground), Marty O'Brien (Disturbed, We Are the Fallen) and session drummer Chad Clark to film a video for Kennison's song "The Laughing Dead". In 2008 guitarist Dave Comer was added completing the quartet. Later that year Comer and O'Brien were replaced by guitarist Jesse Billson and bassist John Younger respectively. 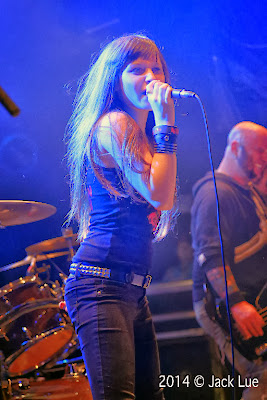 The group completed its first tour in mid-2009 dubbed the "Texas Takeover Tour".Media coverage of the tour included a live performance on FOX-TV in San Antonio, TX. 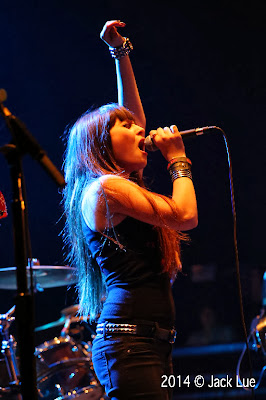 Countdown to Devil has independently sold over 5,000 units as of October 2009. The band toured in the winter of 2009 in support of the free digital album "Reworking the Devil", which contained live & alternate versions of Countdown to Devil material. This tour was dubbed "The Downloading The Devil Tour". 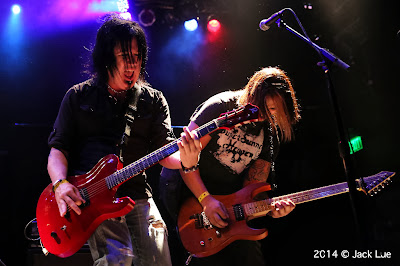 Each concert attendee received a free download card for "Reworking The Devil". The band posted online shortly after the tour that nearly 6,000 copies of Reworking the Devil had been downloaded from www.heavenbelow.net/rtd  https://en.wikipedia.org/wiki/Heaven_Below 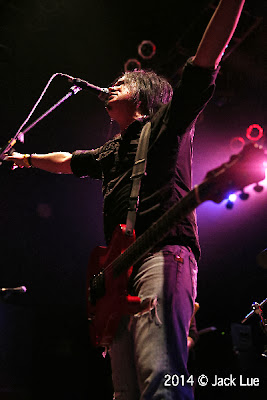 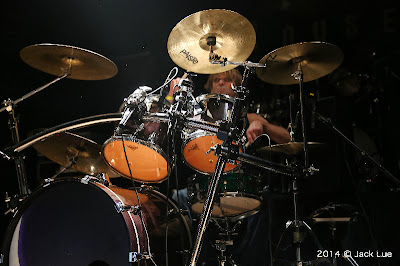