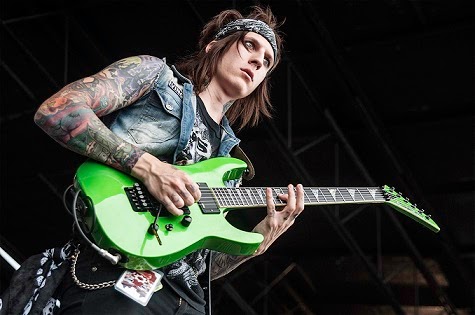 Q: Meanwhile, Shrapnel Records released your first solo album “Star X Speed Story” in full glory. Who was in charge for the production, mixing, mastering,… feel free to name me the most important guys that made this fabulous shred effort possible.

A: I had the whole album written and recorded in demos on my laptop before going into the studio to re record it and have it engineered, mixed and mastered by my good friend Jason Constantine in Las Vegas. Drums by FIR drummer Ryan Seaman and Bass by FIR bassist Ron Ficarro.


Q: Where’s the title based on Jacky?

A: Star crossed (x) speed story is my story told through guitar music. Hence the ‘speed story’. Star crossed refers to the idea that everything that’s happened to me was maybe supposed to. Mostly it just sounded really cool.