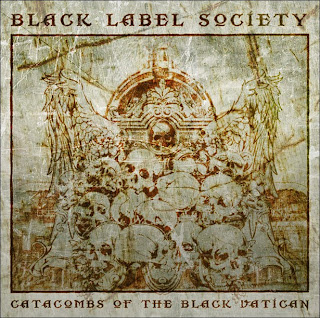 Ahead of the April 7th release of Black Label Society’s new studio album Catacombs of the Black Vatican, Mascot Label Group are streaming the first single “My Dying Time” via Soundcloud.

Listen to the track here – http://bit.ly/MTc4kz


Formed by Zakk Wylde in the late 90s, Black Label Society have remained at the forefront of the heavy metal genre. Alongside Black Label, Wylde served as Ozzy Osbourne’s guitarist for over 20 years. This collaboration led to a string of multi-platinum albums, including Osbourne’s biggest selling "No More Tears," for which Wylde wrote all the music.

Catacombs of the Black Vatican is BLS’s first new studio album since 2009’s The Order of the Black, which debuted at #4 on the Billboard Top 200 chart.
Read the full press release
Zakk Wylde