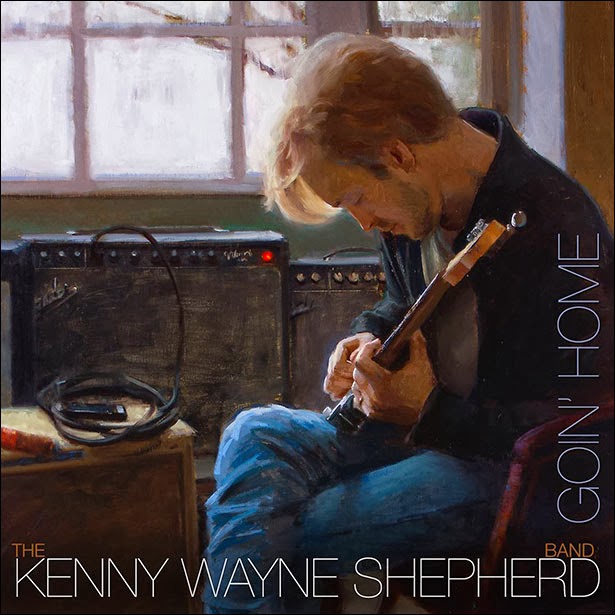 Five-time Grammy-nominated and multi-platinum-selling blues/rock guitarist Kenny Wayne Shepherd has today confirmed that his new studio album, GOIN’ HOME will be released on May 5th through the Mascot Label Group.

Kenny Wayne will also embark on a 15-date whistle-stop tour of Europe to coincide with the album release, including a concert at London’s O2 Academy Islington on Wednesday 30th April.

For tickets go to www.kennywayneshepherd.net.

GOIN’ HOME is an exploration into the music of Kenny Wayne’s biggest influences, and features songs originally recorded by many of his musical heroes, such as B.B. King, Albert King, Bo Diddley, Stevie Ray Vaughan, Johnny "Guitar" Watson and Lee Dorsey. He reached deep into their catalogues and chose songs that inspired him when he was learning to play the guitar.

GOIN’ HOME follows Kenny’s involvement in the blues/rock supergroup THE RIDES, which features Shepherd alongside Stephen Stills (CSN / CSN&Y / Buffalo Springfield) and Barry Goldberg (Electric Flag). Their 2013 album "Can’t Get Enough" was critically acclaimed the world over and appeared in countless "Best Of 2013" album polls.