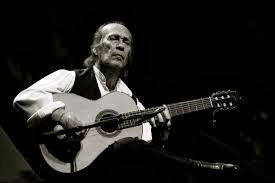 Paco de Lucia has died aged 66 in Mexico, reportedly of a heart attack while playing with his children on a beach.

The death of one of the most celebrated flamenco guitarists was announced by the mayor's office in Algeciras, southern Spain, where he was born.

He is said to have died in the Mexican resort of Cancun. http://www.bbc.co.uk/news/world-europe-26351251