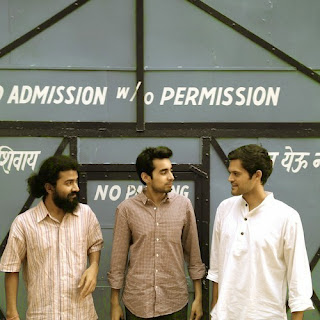 Alex Pinto is a half-Indian, half-American guitarist currently based in the north west of the US. He was in India for 9 months on a Fulbright Scholarship, studying Carnatic music and teaching at the Swarnabhoomi Academy of Music outside of Chennai.

He has launched a new project while in India, All India Permit. The EP will be officially released this fall, and he is joined by the genius Tarun Balani on drums and Abhinav Khokhar on bass. We recorded this at Cotton Press Studios in Mumbai.

The music embraces the Carnatic music style that he was studying and reflects his chance to explore the new music tradition while connecting with his South Indian heritage and identity.

To listen to his playing http://www.alexpintoguitar.com/#listen