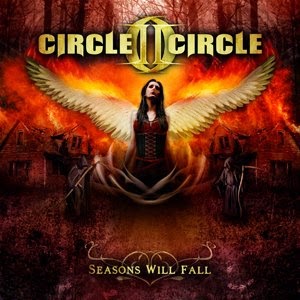 Circle II Circle is excited to announce the addition of guitarist/songwriter Marc Pattison to our lineup. Marc brings a wealth of musicianship, songwriting, and production skills to the band. His resume includes the band Futures End, where he previously worked with CIIC guitarist Christian Wentz, sharing the lead guitar role and songwriting duties. He has also had several of his works published in the TV and film industry in the past few years. Marc currently endorses ESP Guitars, DiMarzio Pickups, and Steinberg/Yamaha Inc., just to name a few. The timing of Marc joining us couldn't have been better as he has been a very active contributor with guitar work, songwriting, as well as production and engineering on our upcoming studio album. The thing that's really awesome about Marc coming on board with us is that he's super creative in the writing process and this is bringing a lot of new inspiration in all areas. He has basically created an entirely new role within the band that we've never had and that's exactly what we need right now going into our seventh studio album. Marc's inaugural tour will be our upcoming European tour in October when we will support our current release 'Seasons Will Fall' and a number of classic Circle II Circle songs.