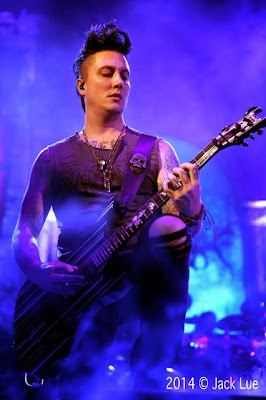 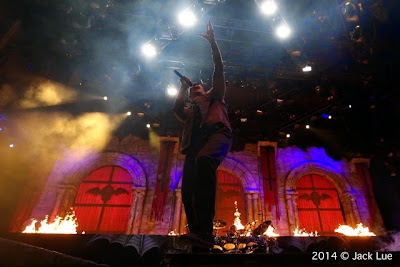 They are known for their diverse rock sound and dramatic imagery in album covers and t-shirts.Avenged Sevenfold emerged with a metalcore sound on their debut Sounding the Seventh Trumpet but their style had evolved by their third album and first major label release, City of Evil, into a hard rock/heavy metal sound. The band continued to explore new sounds with their self-titled release and enjoyed continued mainstream success before their drummer, James "The Rev" Sullivan, died in 2009. 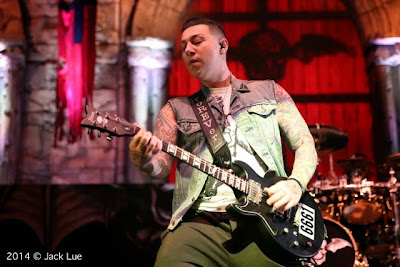 Despite his death, the band continued on with help of now-former Dream Theater drummer Mike Portnoy and released and toured in support of their fifth album Nightmare in 2010 which debuted on the top spot of the Billboard 200, their first number one debut.[4] Their latest record Hail to the King released in 2013 marks the album debut of new drummer Arin Ilejay. Hail to the King charted as #1 on the US Billboard 200, the UK albums chart, as well as the Finnish, Brazilian, Canadian, and Irish charts. https://en.wikipedia.org/wiki/Avenged_Sevenfold 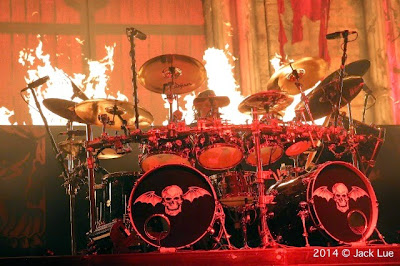 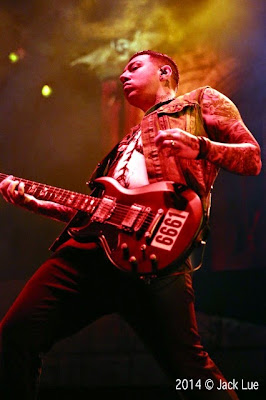