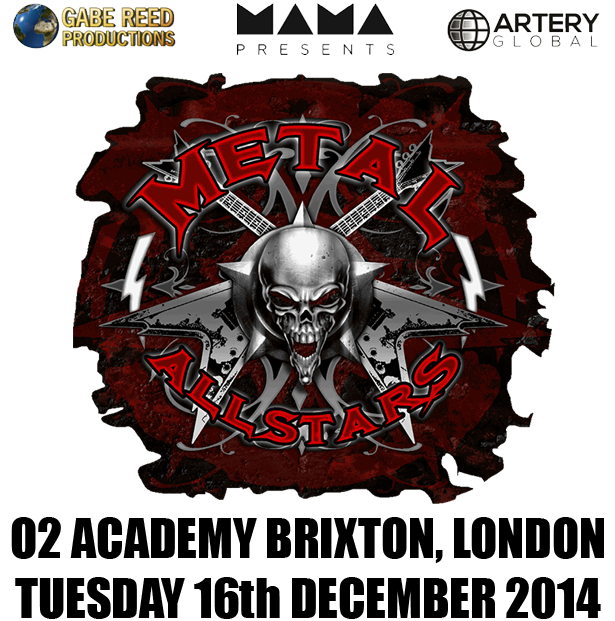 There have been quite a few unmistakable characters that heavy metal has given us over the years. On Tuesday 16th December 2014, an impressive amount of these renowned names, including Zakk Wylde, James LaBrie, Gus G, Joey Belladonna and Dave Ellefson and many more, will unite as the “Metal All Stars”, for a special one-off UK concert at O2 Academy Brixton, London. 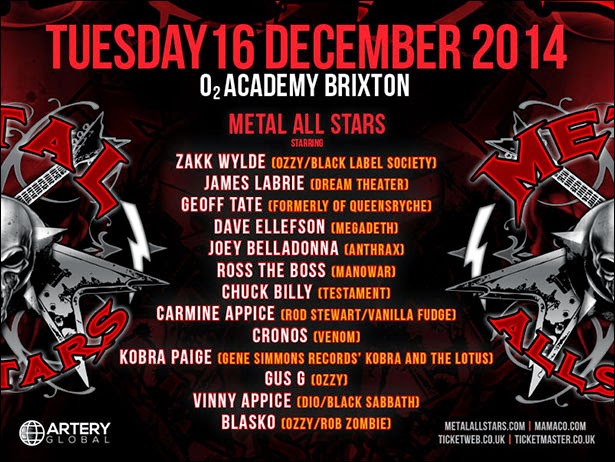 The special one-off London concert will feature sets including renditions of all the artists’ respective classics. Metal All Stars was put together by Gabe Reed Productions as a way to give the world’s metal fans an opportunity to see metal legends in one blockbuster show. “As a metal fan,” says Reed, “this is the show that I always wanted to see – two and a half hours of relentless, legendary metal!”

The artists are really looking forward to the Metal All Stars London show as much as the fans are. Says Zakk Wylde, “The Metal All Stars are back and we are going to kick some major ass!” Additionally, James LaBrie, “I am psyched to be a part of the Metal All Stars tour with an incredible collection of singers and musicians. Come on out and let's make it a memorable kick ass evening that is going to rock!”