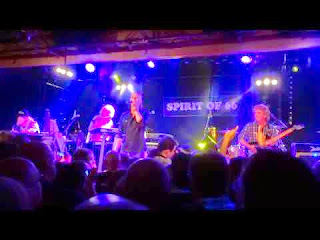 Saga is a rock quintet, formed in Oakville, Ontario, Canada. Jim Crichton (bass) and Welsh-born vocalist Michael Sadler have been the principal songwriters for Saga. Ian Crichton is the band's guitarist. The band's keyboardist, Jim "Daryl" Gilmour, joined Saga in December 1979. The current drummer Mike Thorne joined the band in 2012. Saga has been awarded gold and platinum albums worldwide and has sold more than 8 million albums.

The song is "Don't be late (Chapter Two)", a track from their 3rd studio album "Silent knight", released in 1980. It also features on the live album "In transit", which went platinum in Canada and gold in Germany.