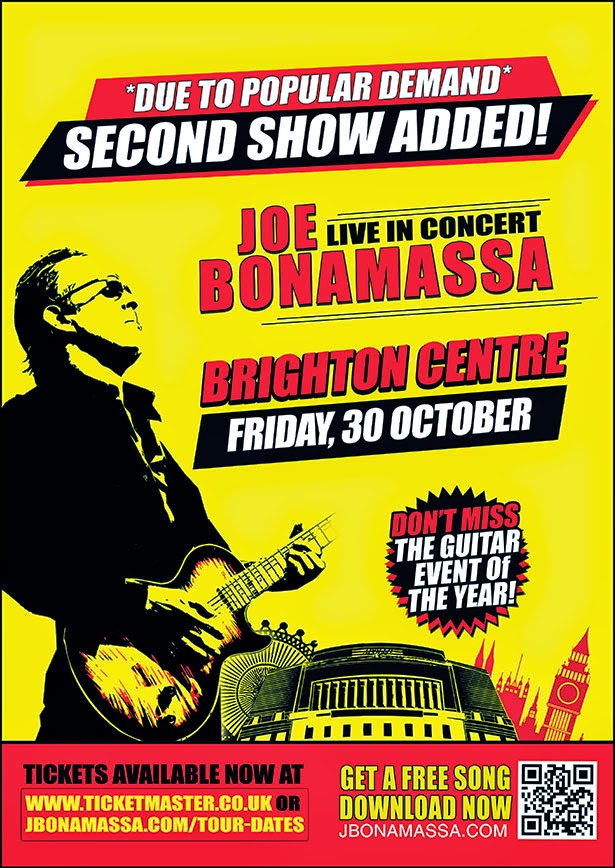 Due to popular demand, a second concert at the Brighton Centre on Friday October 30 has been added to Joe Bonamassa’s October 2015 UK tour.

A special pre-sale for the newly added Brighton concert will be available exclusively to members of Joe Bonamassa’s official website www.jbonamassa.com from Tuesday April 28 until Thursday April 30.

The October tour follows from the success of Joe’s recent 4-night residency at London’s Hammersmith Eventim Apollo in March 2015, and follows the recent release of his live album and DVD release “Muddy Wolf at Red Rocks” – a homage to Muddy Waters and Howlin’ Wolf.