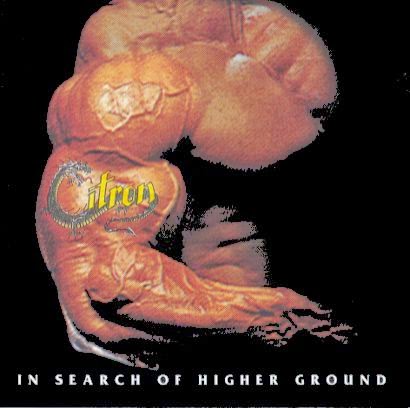 Los Angeles - Declassified Records and SBI Music Inc. proudly announce the re-mastered release of “In Search Of Higher Ground”, the debut solo CD from Grammy winning guitarist, engineer and producer Neil Citron. Originally recorded in 1994, the digital versions of the record have been re-mastered from the original master tapes to further highlight the sonic beauty of this musical masterpiece. The 13 track album also features Keyboardist Erik Norlander, Drummer Walter Garces, Tony Franklin on Fretless Bass, and one track with symphonic rock singer Lana Lane on vocals.

Neil Citron delivers an instrumental magnum opus of guitar virtuosity and acrobatics mixed with his familiar melodic sensibilities, all of which keeps his music with the listener long after the songs have stopped. His fluid yet commanding guitar style weaves through heavy rock arrangements with memorable phrasing and intrepid tonalities.

Citron’s aggressive melodic lines coalesce with the undulating heavy rhythms from drummer Walter Garces (The Electric Prunes, BangTower), drawing in the listener with endless energy. Walter also appears with Neil (and Percy Jones) on the recent releases from the fusion trio BangTower and is known as “the L.A. Drum-Guru” having taught students at all levels for decades.

Accomplished rock bassist Tony Franklin (The Firm, Blue Murder, Kenny Wayne Shepherd), rounds out the ensemble. Franklin’s bass expertise is legendary in the rock world, and this album is no exception with fretless harmonies and grooves unique to the “Fretless Monster”.

Known for his amazing guitar work with such fantastic artists as BangTower, Quiet Riot, Lana Lane and others, Neil has also engineered and produced records for some of the greatest modern musicians including John 5, Slash, Joe Satriani, and John Waite. His work with Larry Carlton and Steve Lukather earned him his first Grammy in 2002 for the record "No Substitutions: Live in Osaka" (Best Contemporary Instrumental Album). Citron's expertise and talent is also in constant demand in the motion picture and television industry. He has contributed to several major films including "My Big Fat Greek Wedding", "Mama Mia", "That Thing You Do" with Oscar winner Tom Hanks and several films from Oscar winning producer Dino De Laurentiis. Neil has also engineered/produced numerous records and DVD's from guitarist Steve Vai.

Citron plays guitars by Tom Anderson and Ibanez. He also uses Red Plate Amps, Morley Pedals, DiMarzio Pickups and Dean Markley Strings to get his unique, signature tone that is both aggressive and liquid at the same time. His signature tones and amp setups are featured in several high end recording products from Line 6 and Waves.

Declassified Records is releasing a limited number of physical copies of the original CD pressing, along with the Digital versions recently re-mastered by Neil. This amazing instrumental record will be available at most major retailers on April 14, 2015 including iTunes, Amazon, CD-Baby and others. A Hi-Resolution (96/24) version with 3 “bonus” tracks (demo versions of included songs) will be available on BandCamp on May 12, 2015.

With its rich, textural audio colors and impressive lineup of stellar musicians, Neil Citron presents an instrumental rock experience to remember “In Search Of Higher Ground”.