Eric Calderone: the game might be a train wreck on PC... but here's Fallout Meets Metal 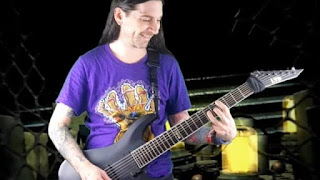