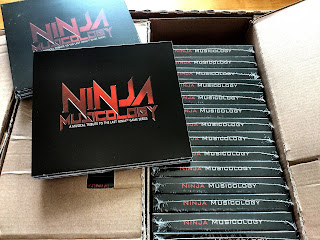 About 25 years ago, a little kid named Jarle had a vision. An album of all the chip music from the "Last Ninja" game series on the Commodore 64, performed live as a rock band...

I proudly present our newest release "Ninja Musicology", which is that very same vision transformed into reality, a finished product. Featuring 34 tracks divided on a triple album with over 120 minutes of rock, metal and oriental influenced musical flavours. The album features my buddies Bjarte K. Hellandon drums, Kjetil Nossum on keyboard and myself on guitars, bass, lap-steel and keyboards. Mixed and mastered by Alex Argento. Produced and engineered by yours truly. 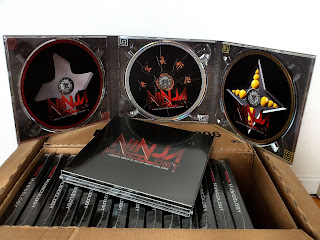 I want to thank everybody who has been involved in the process. Ben Daglish, Matt Gray, Reyn Ouwehand and especially my friend Chris Abbott for tremendous input, administration and helping out realizing this huge project. And of course, all the backers who made our Kickstarter campaign suceed!

The release party will be 15.October at the Underworld in London, UK. Where we will be performing the "impossible" ninja music to be recorded on a upcoming live blu-ray! Tickets available at www.theunderworldcamden.co.uk Come be a part of ninja history!