Joanne Shaw Taylor: The making of the Wild album 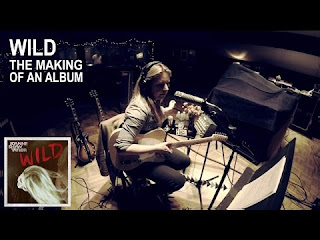 Joanne Shaw Taylor has established herself as the UK’s number one star in the blues rock world. The girl with the big voice from the Black Country has toured extensively around the world and released critically acclaimed albums, gaining a global fan base and playing alongside some of her musical idols.

Sold out concerts. Loyal fans. Her name in lights. Joanne Shaw Taylor never anticipated any of that at the start. Back then, she was just an ordinary Black Country schoolgirl, bored with the disposable pop she heard on late 90s radio, rifling through her father’s record collection for sunken treasure, and falling for albums by Stevie Ray Vaughan, Albert Collins and Jimi Hendrix.
Who said white gals can’t play guitar ? Killer licks, soaring solos and heart-wrenching vocals’
The Sunday Times
‘Joanne Shaw Taylor has enough soul to compete with the best the Mississippi Delta has to offer’
Sunday Telegraph
‘an exceptional talent, her formidable guitar playing and stunning soulful vocals are there for us all to adore when seen live. What makes her a cut above all the rest is her superb and heartfelt songwriting’
Planet Rock Radio
‘A world-class blues talent’
Classic Rock Magazine
‘Incredible, the queen of blues rock’
Power play Magazine