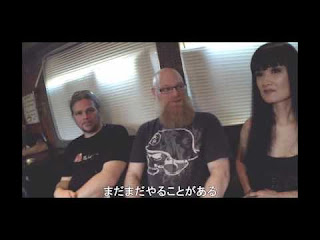 Per Nilsson from Scar Symmetry talks about upcoming album, new band members, answers questions from Japanese fans and more.
The interview was filmed at The Haven in Winter Park, FL before the band's first show of US tour on September 8th, 2016