Tyler Reese: "Out of Orbit" from the CD "Reminiscence" 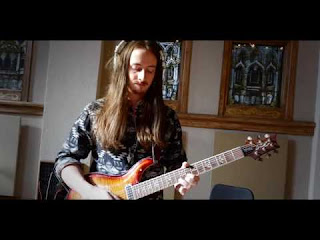 This is a 7:04 minute video of a live performance of intense, high energy, jazz fusion song Out Of Orbit, written and arranged by Tyler Reese. Out Of Orbit, the video, features lightning speed licks and high intensity jazz solos from the piano and guitar, and was inspired by the playing style of Guthrie Govan, the piano style of David Benoit, and the progressive jazz sounds of Pat Metheny. This is accompanied by the one of a kind playing style of the great Gary Grainger, laying down the most solid slap groove imaginable. The song is off the CD "Reminiscence" produced by Jeff Silverman (Rick Springfield, Hiroshima, The Allman Brothers Band, Tim Weisberg) of Palette Studio and instrumental, jazz fusion guitarist Tyler Reese (Berklee College of Music, studied with Pat Metheny, played with Prince) . This video was shot at Oceanway Studios, Nashville Tennessee in August of 2016 with engineer Pat McMakin on the soundboard in the large studio, a 100 year old church converted to a recording studio. The video features The Percussionator, Matthew Burgess of Nashville, TN on hand percussion, Gary Grainger (John Scofield, Acoustic Alchemy, Paul Reed Smith, Earth Wind and Fire) on bass, Toby Fairchild on drums, and Paul Rucker on piano and synthesizer.

"Out of Orbit" by Tyler Reese from the CD "Reminiscence"