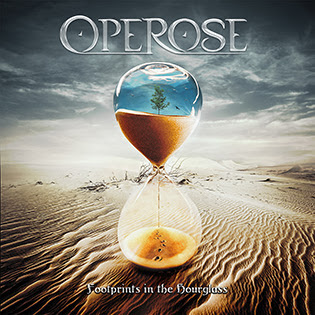 Jennifer Coleman is a Theo Max van der Beugel Scholar studying on the 2nd year of the Masters at the Royal College of Music in London under the tutelage of Janis Kelly. Jennifer has won numerous awards including an RCM Award supported by a Big Give Award, the Mavis Bennett Award for Grand Opera and the John Lightfoot Award for Musical Theatre at Maidenhead Music Festival. Most recently, Jennifer won a Musical Odessey Prize while taking part in masterclasses with the acclaimed British soprano Susan Bullock in Nafplio, Greece. She was awarded commended in the 2016 RCM Lieder competition, and a finalist in the RCM English Song Competition.

Joe McGurk is the guitarist and co-founder of progressive metal band OPPOSING MOTION, along with drummer Kevin Deplanche. The band had a well received debut album in 2013 released through iconic label Lion Music, after a successful debut EP. Joe McGurk has also released solo work, most notably the instrumental album 'Elements' which received a host of great reviews when released through Lion Music in 2015, as well as composing tracks for film and television. In January 2017, Joe performed a track for Lion Music Presents Beethoven - Ode to Perfection.

OPEROSE is a unique blend of soaring vocals and guitars over a symphonic, classical backdrop telling the tale of the tragic Greek myth of Orpheus and Eurydice through the eyes of Eurydice.