Allan Holdsworth: some of my memories captured 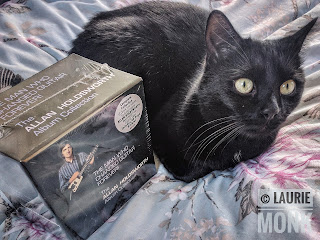 Pickle slightly concerned about the growing ingress of fusion based CD's. The man who changed guitar forever... The Allan Holdsworth collection finally lands courtesy of a delayed Amazon prime. I have them all already, some as LP's. A couple have different covers, Hard Hat Area and Wardenclyffe Tower. These versions have been remastered from the original tapes and include s a special 40 page booklet.
The title, of the album ,like Eidolon, before it seems almost prophetic... eidolon
ʌɪˈdəʊlɒn/
noun
literary
1. An idealized person or thing.
2. A spectre or phantom.
RIP... One anecdote I can recall about Allan Holdsworth. I once went to see him playing at Ronnie Scott's jazz club in Birmingham. The gig was free with waitress service and wine thrown in for good measure courtesy of PWC. After the show I saw Allan sat on his own at the bar... I plucked up the courage to talk to him and say what an amazing show the band had put on. Typical Allan, he immediately apologised for his poor performance and for it not being up to scratch! I preceded to heap praise on unbelievable playing ability, for which he thanked me, but again I could see he wasn't happy about his performance. I then asked him about the Truth In Shredding performances with Frank Gambale... Then there was more of a look of satisfaction on his face. I then reached into my pocket and found the only thing I had that could be signed, a $1 dollar bill. He looked a little surprised, but signed it for me... The dollar also had Shawn Lane's signature too. I had seen Shawn playing in the UK earlier and he'd signed pretty much anything you wanted to sign.

Anyway, I thought to myself, I better keep that safe... To this day I don't know where it went... So if you see a $1 dollar bill with some writing on it check to see if it's Allan Holdsworth's and Shawn Lane's signature... If it is well remember I told you so... My search for the next guitar player continues. 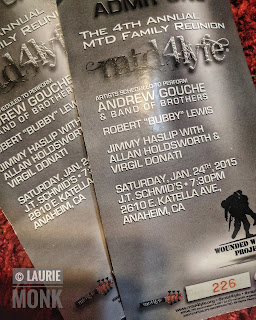 Allan Holdsworth show, my last show seeing Allan play live in LA. So strange that I came across these on the day that he passes away. 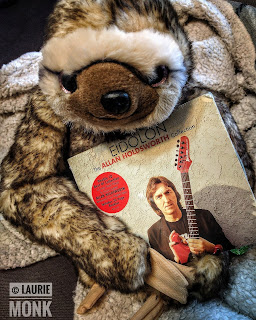